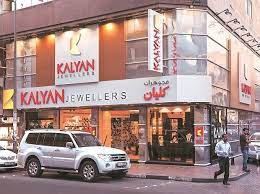 Shares of Kalyan Jewellers India hit a record high of Rs 93.60 on the BSE, as the stock rallied 12 per cent in Wednesday’s intra-day trade, amid heavy volumes. The stock surpassed its previous high of Rs 85.70 that it had touched on September 2, 2022. That apart, the stock also traded for the first time above its issue price of Rs 87 per share. The company had made a stock market debut on March 26, 2021.

At 02:27 pm; Kalyan Jewellers traded 9 per cent higher at Rs 91.10, as compared to 0.09 per cent rise in the S&P BSE Sensex. A combined 13.5 million equity shares, representing 1.3 per cent of total equity of jewellery company, changed hands on the NSE and BSE.

In the past one month, the stock soared 30 per cent, as against 1.9 per cent rise in the S&P BSE Sensex. Further, in the past three months, it zoomed 56 per cent, as compared to 15 per cent surge in the benchmark index.

One of India’s largest jewellery retailers, Kalyan’s key businesses include design, manufacture, and sale of a variety of gold, studded, and other jewellery products for various occasions, including weddings and daily wear.

Kalyan’s business has seen a significant acceleration in scale, growth and profitability, on the back of industry tailwinds and strong execution.

“The company reported consolidated profit after tax (PAT) in the last twelve months of Rs 383 crore, a 170 per cent rise than the pre-COVID (FY20) levels of Rs 142 crore,” the company said.

Moreover, Kalyan’s retail expansion continued in the recently concluded quarter, with the launch of four new showrooms – three in non-South markets in India, and one in the Middle East. As of June 30, 2022, Kalyan Jewelers’ store network across India and the Middle East stood at 158.

The company said that the revenue momentum in the current quarter (July-September) was encouraging, and therefore, the management looks forward to the upcoming festive season.

With the formalisation of the industry along with mandatory hallmarking prescribed by the Government, the company remains optimistic of capitalising new opportunities and demands in the coming years.

“The organised retailers are projected to grow at a faster rate of 14 per cent with strategic store expansions and the increasing consumer preference for organized players witnessed in the recent past. This growth will likely be accompanied by higher operating margins, supported by growing share of studded jewellery and better operating leverage,” Kalyan Jewellers said in its FY22 annual report.

According to credit ratings agency, ICRA Ratings, analysts expect the gold jewellery demand in India to grow at a steady rate of 11 per cent during FY23. Hence, this would gradually supplement the strong growth witnessed in FY22 – a 40 per cent surge than the pre-COVID levels seen in FY20.