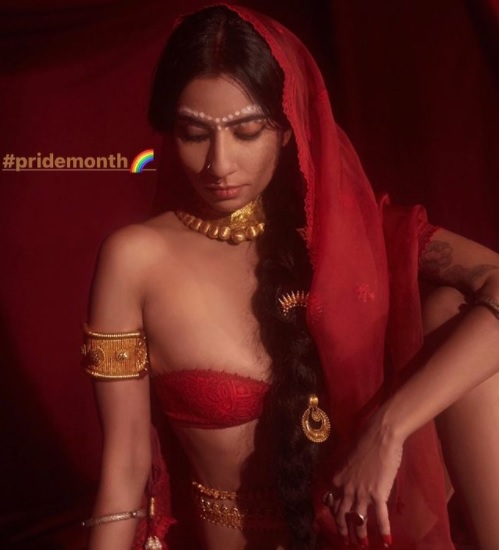 It’s high time for an inclusive outlook. No longer can we, or should we isolate ourselves from the greater human fraternity. Sexual orientation is a personal affair and thanks to the Supreme Court rendering Section 377 unconstitutional, the LGBTQ community is living the lives they deserve. Celebrating this occasion in the month of Pride, Krishna Jewellers, Delhi, created a campaign dedicated to the community.

The campaign started in the second week of June. Featuring a model who herself is part of the community, the brand released a video on Instagram featuring the model and other performers. With a female voice chanting about sexual freedom in Hindi, the video engaged the audience with exhibits of traditional gold jewellery worn by the model.

“We had to choose a model who is a part of the community herself and can bring originality to the campaign,” said Ekansh Aggarwal, co-owner, Krishna Jewellers. “LGBTQ rights is a matter of international importance and for a legacy jewellery brand like us, this was a first-of-its-kind campaign to get progressive and feel the pulse of the young generation,” he added.

The campaign struck a contrast between traditional Indian beliefs and modern perspectives. Intricately handcrafted temple gold jewellery was flaunted in the project. “More than just a jewellery collection launch, we wanted this to spread the message of inclusivity where everyone irrespective of sexual orientation is part of the larger community. There is and shouldn’t be any send of isolation as choosing partners is the right of every individual irrespective of gender barriers,” maintained Aggarwal.

The brand received really good responses from the young generation. While there would always be a difference in opinion for every bold move such as this, Krishna Jewellers, says Aggarwal, will be glad to associate with other social causes such as this in future. “If the opportunity arises and our brand deems fit, Krishna Jewellers will be glad to work with NGOs and create campaigns to create a greater societal impact on related causes,” concluded the retailer.