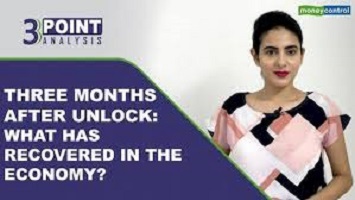 Rupeek now disburses Rs 250 crore a month from Rs 20 crore a year and a half ago. CEO Sumit Maniyar now has a target of Rs 1,000 crore a month in less than a year. The Bengaluru-based firm, worth $300 million, is present in 20 cities.

“I am a Marwadi (India’s dominant business community, hailing from the state of Rajasthan). Money rotation has been a way of life. Even in my school, everyone was a Marwadi. Money and its forms were all we discussed,” says Sumit Maniyar.

This man ought to be in the money-lending business. Maniyar is. He is the founder and CEO of Bengaluru-based gold-loan startup Rupeek.

As he starts speaking, he cannot stop mentioning Uday Kotak. Across calls, across topics, the promoter of Kotak Mahindra Bank, India’s fourth- largest lender by assets, keeps coming up.

“Just look at the value creation he has enabled, and the longevity of the company,” Maniyar admires.

New-age lenders are often starry-eyed by their listed counterparts, seeing the scale and profits.

The birth of Rupeek in 2015 has a story of rejection attached to it. In 2012, a large non-banking lender rejected Maniyar’s application for a loan against property. It was a shock for Maniyar—an IIT-Bombay graduate and Chartered Financial Analyst.

“I am well-to-do with a decent background. Having that loan rejected didn’t change my life, but made me realise that from start to finish, the lending chain has a lot unfulfilled,” he says.

Tech-based lending startups in India have been a mirage so far, with not a single success in a decade or so. Even the ‘startups’ which have lent profitably and grown, have little to no tech in them. Think Five Star Business Finance, Veritas Finance, Ess Kay Fincorp. They are good old NBFCs.

Maniyar is now out to change that — by building a tech-led platform for gold loans, and running a marketplace with adequate control, and grow fast.

It sounds risky, and perhaps is, although the loans are secured, the cost of acquisition is lower online, and gold loans are a somewhat exclusive precinct of the likes of Muthoot and Manappuram Finance.

But Maniyar is convinced that this business is what he is meant for.

Maniyar worked as an equity research analyst at JP Morgan, followed by Religare, from 2008-12. Lending was still in his mind. As an analyst, he oversaw fundraisings (QIPs) by Muthoot and Manappuram, who were then shaking up the gold loan industry.

“The economics of it amazed me. They have a return on equity of 50 percent, growing fast, and barely need capital. What the hell is happening here?”

That still did not convince him to jump into the wagon. After his stints as an analyst, he ran an education startup, Functionspace.org, a learning network for Math and Physics students.

He and his co-founders tried it a year, failed, and returned the $300,000 they raised from Nexus Venture Partners.

It’s a concept that would have worked today and would have been heavily funded, Maniyar says, given that the coronavirus pandemic has turbocharged online education.

Having to choose between his family business – vegetable seeds production, and a fintech stint, he went about exploring what area of digital lending is broken (the answer is all of them, to varying degrees). The data on gold, after speaking to companies, investors, and customers, drove him to the space.

Not profitable in some cities by choice

Rupeek has registered profit after taxes in 12 out of the 20 cities it is present in. What about the eight cities? Maniyar’s answer throws a surprise: “If we are not profitable in these cities, it is by choice.”

“We want to invest in technology, and I know I can bring us to profits in a couple of years. Once we achieve a certain scale (lending Rs 1,500-2,000 crore), we can replicate the playbook in each city, we will be unstoppable,” he says.

Sixty-five percent of Rupeek’s customers today are first-time borrowers, who, on an annual income of about Rs 5 lakh, borrow Rs 1.5 lakh on an average.

This gives Rupeek Rs 7-10 crore in revenue a month- not much for a startup valued at $300 million. But Maniyar isn’t worried about that.

“Some of these growth numbers are misleading without context, because we are still scratching the surface. Lending is like a mountain where you keep digging and it just won’t finish,” he says.

According to a KPMG report, India’s gold-loan market should be worth Rs 4,16,700 crore, growing at 13.2 percent per annum.

What made Sequoia, Bansal, others back Rupeek?

“For me, it is about the size of his (Maniyar’s) ambition — and not in this chest-thumping way. Which is interesting, because it means he derives his energy from inside. He has an ability to absorb good things others can offer. He has a network of advisors, which help him scale personally,” says GV Ravishankar, Managing Director at Sequoia India.

Ravishankar knows a thing or two about lending. He has invested and is on the boards of directors of Finova Capital, Five Star Finance, India Shelter Finance, Aptus Value Housing and, of course, Rupeek. Two of his past deals, Equitas and Ujjivan Small Finance Bank, are listed stocks today.

Maniyar also counts among his advisers Anand Daniel of Accel and Hans Tung of GGV Capital, both his board members, as well as Saikiran Krishnamurthy and Gautam Mago.

While Krishnamurthy runs xto10x, a startup mentorship and guidance platform with Binny Bansal, Mago was Rupeek’s original investor from Sequoia, until he left to start his own fund. In Rupeek’s early days, Mago introduced Maniyar to people from the Reserve Bank of India and other gold-loan companies.

Depending on how you look, Rupeek has done a lot, and very little. From the beginning to the end of our conversation, Maniyar goes from the former to the latter.

“I really don’t think I deserve any of what I have got. I’m definitely not talented enough to get this on my own merit. So when I have landed this, I have to do justice and do a solid job. Despite this headstart, I feel like we haven’t actually done anything. There is just too much of an opportunity to feel anything close to being done. That’s what keeps me going,” he says.

As Maniyar ends the conversation, guess who he has in his mind.

“Turning profitable is a joy like nothing else. I’m biting the loss bullet only for now. The dream is to be able to meet earnings forecasts, and innovate while doing that, like the best public companies do.”

IEG: The Museo del Gioiello Jewellery Museum re-opens its doors with the “designed in Vicenza” Exhibition