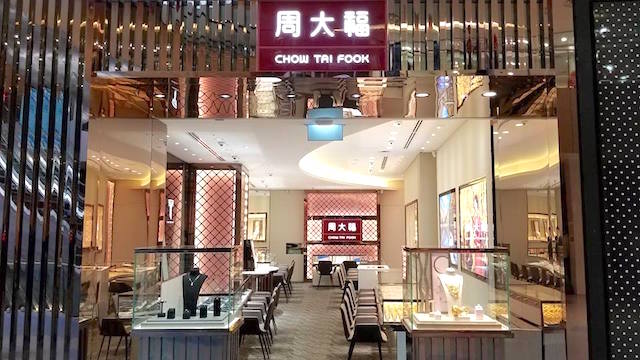 China’s largest jeweller by market value said net profit surged to HK$6.03 billion ($777 million) from HK$2.9 billion in fiscal 2020. That compared to a forecast of HK$5.23 billion profit by 14 analysts, Refinitiv SmartEstimate data showed. It was the highest annual profit since 2014.

Revenue for the year to March 31 rose 23.6% to HK$70.16 billion from HK$56.75 billion a year earlier, driven by retail expansion amid improving consumer sentiment in mainland China and a softer gold price in the second half of the fiscal year.

“As we are optimistic about the mid- to long-term growth in the mainland China market, we will focus on our mainland China’s business development in the coming future,” Chairman Henry Cheng said in a statement to the Hong Kong Stock Exchange.

“We will continue our retail expansion strategy through penetrating into lower tier cities and leveraging franchisees’ local knowledge,” he added.

Same-store sales surged 31.9% in mainland China but plunged 41.3% in Hong Kong and Macau as major border crossings remained closed during the period.

Shares of Chow Tai Fook slid 0.3% on Tuesday prior to the results statement, comparing to a 0.02% fall in the benchmark Hang Seng index.

Why gold has shone during the pandemic