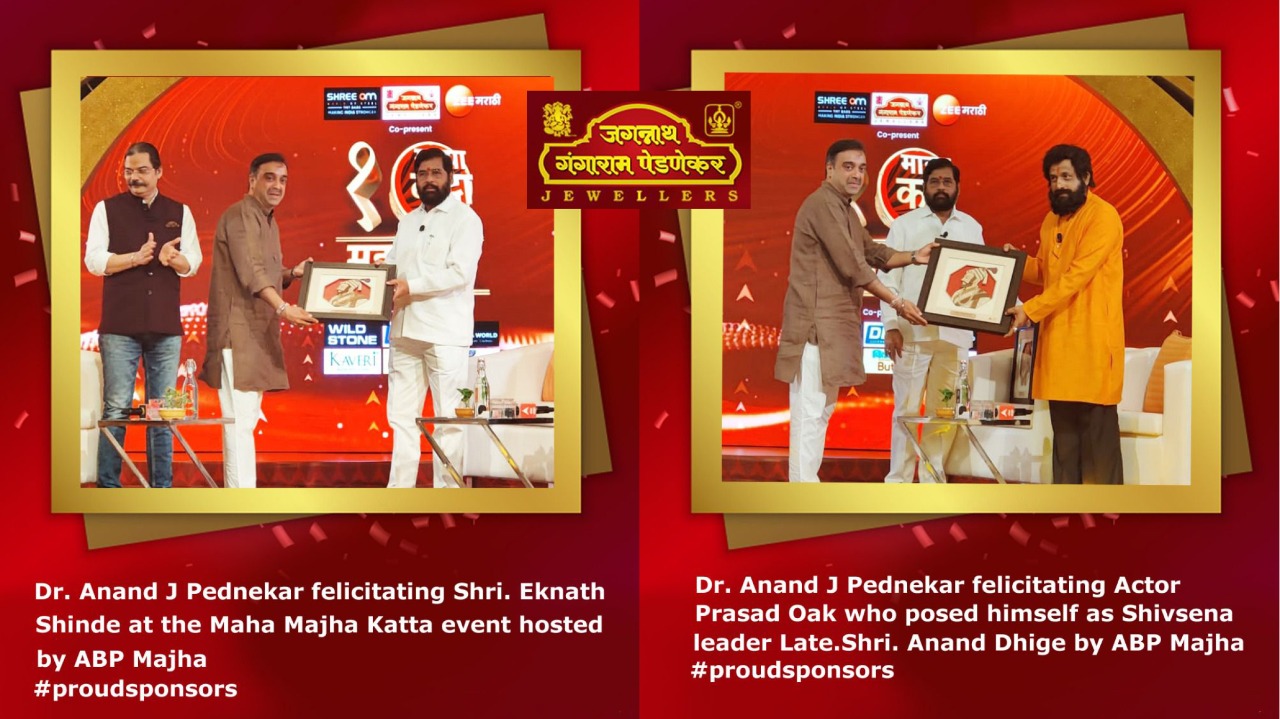 In order to create a powerful impact in media, a jeweller has to address not just customers in-store, but also two other categories of prospects, one of which is interested in jewellery and the other one, new to the entire category. Addressing such a broad range of people is possible either with sponsoring jewellery for films and serials, or be a part of a gala event. Jagnnath Gangaram Pednekar Jewellers took the right decision by officially co-presenting ABP Maha Majha Katta.

“It happens to be one of the most popular shows in the Marathi TV industry,” said brand owner Anand Pednekar, adding that it is a talk show featuring prestigious luminaries from all backgrounds. “The talk show completed 10 years this year, hence they celebrated it in the form of Maha Majha Katta on a much bigger platform,” said Pednekar, who felicitated several artistes on stage.

ABP Majha conducted a grand ceremony for the first time after completion of a decade in the industry and this was also the first collaboration with the jewellery brand. ABP Majha, being the most trusted news channel in Marathi TV industry, helped made a visible impact in the brand’s promotional campaign for Akshay Tritiya. This is a shot in the arm for the brand, which has been working on different mediums of marketing mainly in television.

“This year, we decided to try a 360-degree promotional approach on television, and it has been working out great for us. We are currently in the process of revamping our e-commerce website. We recently launched a loyalty programme enabling us to connect with our customers on their important days and thereby delight them with a unique shopping experience,” Pednekar concluded.

From her lap to ageless vibrance, jewellers pay homage to all mothers across the country