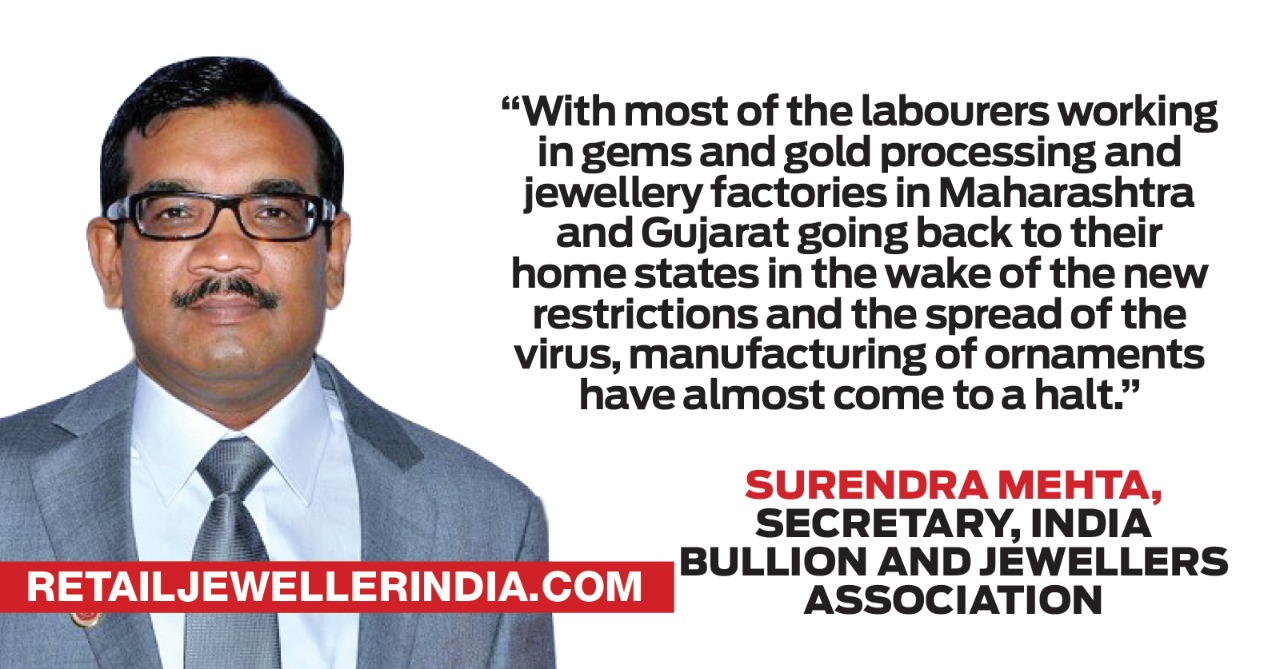 Gold, a major item in India’s import and export baskets to the UAE, is among a host of goods impacted as stringent restrictions on movement have been put in place by states like Maharashtra – India’s commercial capital – in the wake of the ongoing second coronavirus wave in the country.

An expert says the decrease in production will have an impact on India’s jewellery exports to the UAE, which is the largest export market for India’s gold products.

“With most of the labourers working in gems and gold processing and jewellery factories in Maharashtra and Gujarat going back to their home states in the wake of the new restrictions and the spread of the virus, manufacturing of ornaments have almost come to a halt,” Surendra Mehta, secretary of India Bullion and Jewellers Association (IBJA) told Arabian Business.

Indian jewellery retail chains present in the UAE including Malabar Gold and Diamonds, Kalyan Jewellers, Joy Alukkas and Chemmanur International Group depend on supplies from India for their operations in the Middle East market.

Majority of the labourers working at the gems and jewellery units spread across the western states of Maharashtra and Gujarat hail from India’s eastern states of Uttar Pradesh and Bihar.

The gems and gold industry suffered heavily last year also when India imposed one of the strictest lockdowns after the breakout of the first wave of the pandemic in the country.

“This will have a major impact on India’s jewellery exports, mainly to the UAE, which has been steadily picking up since late last year,” Mehta said.

“The stringent restrictions imposed on movement of people and non-availability of labourers at ports and airports has also adversely impacted India’s import of gold this month,” he said.

Though the import figures for April are not available, trade industry sources indicated that gold imports have nosedived to the somewhat lowest double digit figures so far this month.

In India, the pandemic has slowed jewellery sales this month, but in the southern state of Kerala, retailers reported an uptick in sales in the first quarter of 2021 as weddings that were postponed last year went ahead. Meanwhile, with investors increasingly wary of economic recovery in India, market experts said investors are expected to increase their holdings in bullion as they hedge investments in the short-term, adding to the demand for the yellow metal.

Diamond stash worth billions sold off after demand roars back