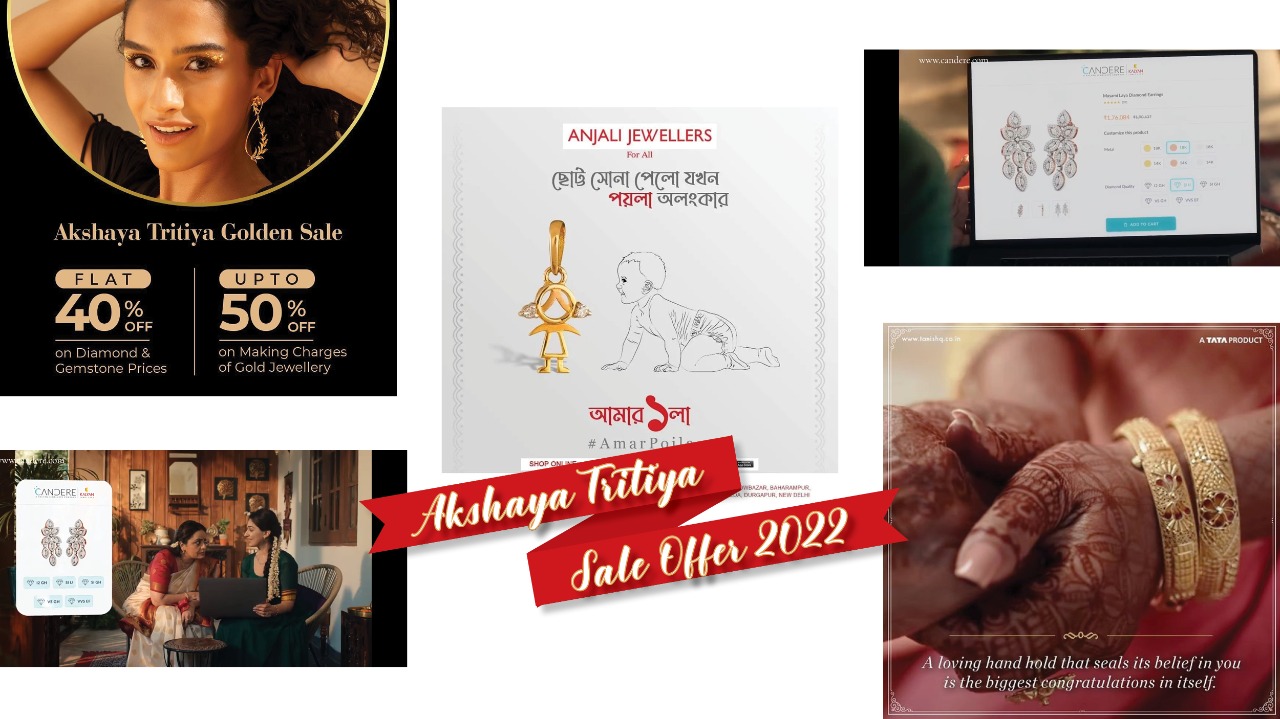 Akshay Tritiya is going to take place in the first week of May. Despite impediments such as high gold and natural diamond rates, the market remains hopeful of Indians splurging in fine jewellery more for investment than adornment at the moment. The wedding season is around the corner, for which several brands have floated interesting commercials and offers.

The sentiments of Akshay Tritiya and the Bengali New year elicit similar emotions of vigour, for which Anjali Jewellers, Kolkata came up with a creative campaign named ‘Amar Poila’, in which the brand focused on newfound resolutions and promises to loved ones. There were four creatives which focused on self-gifting, kids’ jewellery, gifting for elderly family members and spousal giftings. Focusing heavily on gold, the brand exhibited a holistic view of its inventory offering at the start of the Bengali calendar. Ahead of Akshay Tritiya, such offering helps customers decide their purchase.

On the discount front, Melorra floated a limited-period sale offering 40% discount on diamond and gemstone prices, and 50% discount on making charge of gold jewellery. On the other hand, Tanishq launched its gold bangle collection titled Kalai with the #InYourHands and a beautiful video commercial summing up how the inception of any endeavour starts with the deft hands that are best adorned with gold bangles.

Candere by Kalyan Jewellers played on the customisation front on this Akshay Tritiya. Their recently released ad revolves around a mother-daughter duo taken aback by the authenticity and quality assurance of Candere when they have their first cursory searches in-app. Gradually, they find out the effortless way to customise their jewellery from the comfort of their homes. In a humorous manner, the commercial touches upon the common user needs in purity and variety that Candere fulfils through its well-informed app. The ad has already raked in over 32 lakh views within 2 weeks of release.