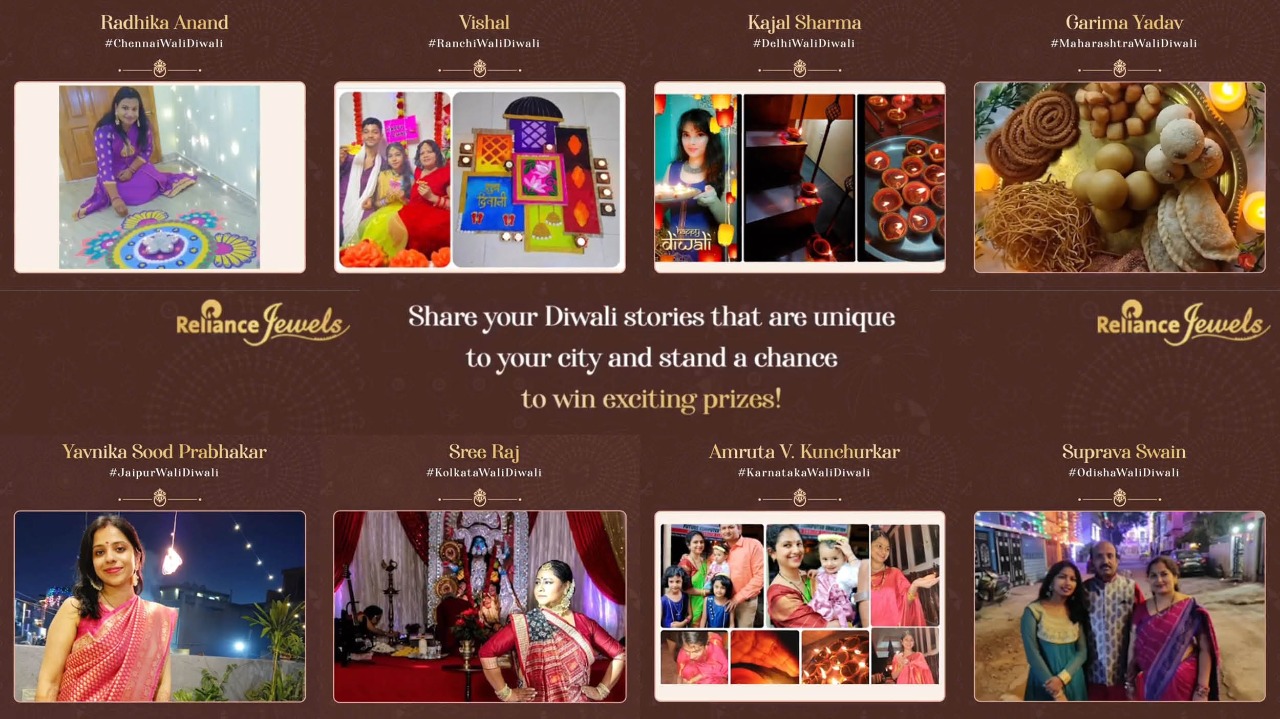 At the fag end of September, Reliance Jewels launched the Mahalaya collection. Although centered on Maharashtrian heritage and culture, the name of the collection itself has several connotations across India. Following this opportunity, the brand came up with a contest that truly captured the festive fervour nationwide.

The #MahalayawaliDiwali contest was announced by the brand on 20 October, with participants having to post a photograph of themselves celebrating Diwali in their cities, writing what makes Diwali celebration in their cities unique, tagging the brand and using the aforementioned hashtag. Within a span of 8 days, the brand gave a sneak peek of some of the best entries from Kolkata, Jaipur, Odisha, Maharashtra, Delhi, Ranchi, Chennai, and Karnataka.

The snaps ranged from Bengalis observing the countdown to Durga Puja from the onset of their Devipaksha, and spread all across North and South India. With the excitement of Diwali at the core of the campaign, Reliance Jewels brought out the diverse facets of India’s festive fervour.