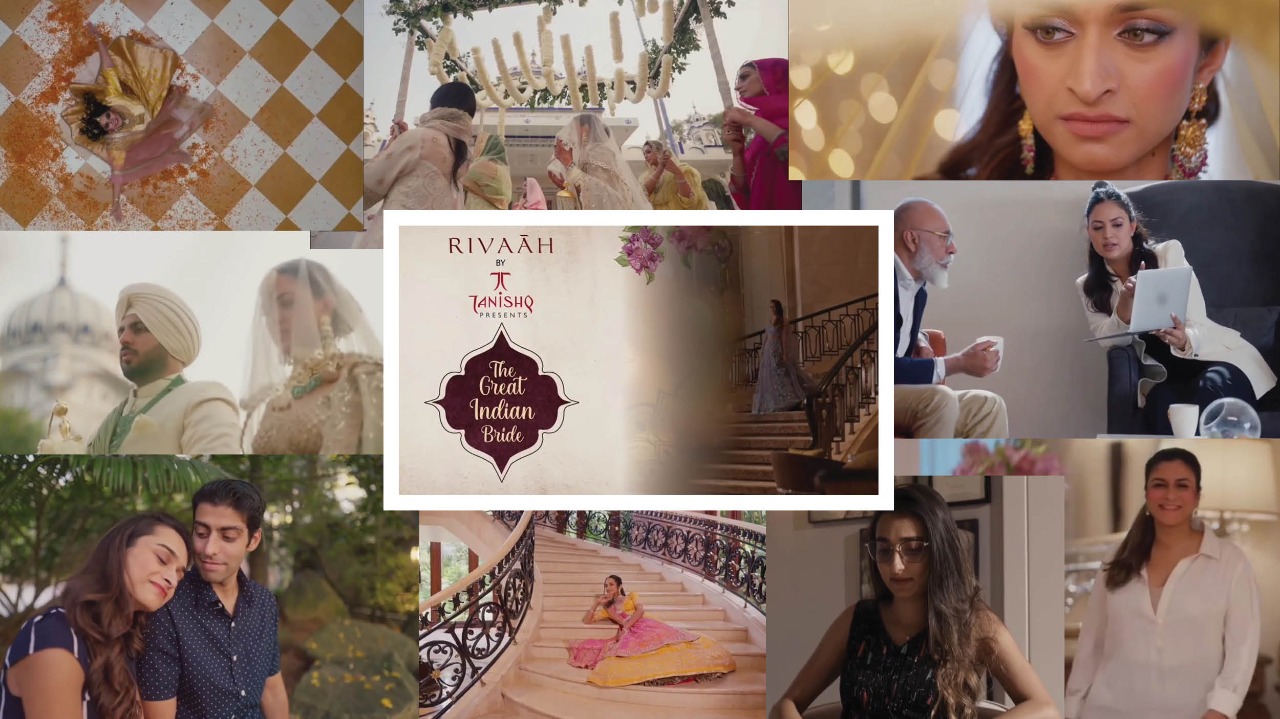 Weddings are a grand affair in India and Rivaah by Tanishq has done the unthinkable! The brand has come up with a 5-episode show titled ‘The Great Indian Bride’ streaming now on inarguably the most popular OTT platform of the country, i.e. Disney+ Hotstar. This is a reality show where 5 Indian brides-to-be, within and outside national borders, get to celebrate their D-day with the unmatched mastery of Tanishq over bridal fashion. It’s a melting pot of VIP treatment provided by a celeb crew and, of course, jewellery. So, here’s a sneak-peek into the first episode!

Hosted by actor Shriya Pilgaonkar, the first episode narrates the friendship-to-D-day story of a 25-year-old businesswoman named Inayat Kaur Guram from Chandigarh. She works at her father’s company and provides desserts to different cafes and bistros in and around the city. The show began with Shriya getting to know Inayat closely, followed by celeb stylist Ami Patel conducting three photo shoots at exotic locations. With ace photographer Ajay Kadam behind the lens, Patel decked Inayat first for the Anand Karaj ceremony, then an ethno-chic look shot at a fort, and finally the traditional wedding look. All throughout, Inayat had Bollywood makeup artist Mahek Oberoi to groom her.

Speaking on the launch of the show, Ms. Ranjani Krishnaswamy, GM- Marketing, Tanishq, Titan Company Limited, said, “#TheGreatIndianBride captures the beautiful, powerful, and real stories of the brides of today. Confident, poised, graceful, spirited these young women share their stories as they embark on their chosen journeys of togetherness. Their stories celebrate the richness of culture, the beauty of the jewellery that adorns this culture and our resplendent bride herself who consciously curates her signature style on her special day.”

The biggest takeaway from all the arrangements was, of course, jewellery. Planning her trousseau, Patel based her jewellery selection for Inayat on the wedding lehenga. From multiple choices, the jewellery sets chosen were in gold, diamond, polki and an amalgamation of breathtaking colour gemstones. Patel walked the audience through the USPs of every single jewellery piece used. Starting from the diamond pendant from the brand as shagun, to the jewellery trunk for the VIP photoshoot, Inayat’s wedding was made a dreamy affair by Rivaah by Tanishq. This show is definitely going to leave a mark in the minds of the youth and their families in India and of Indian origin.