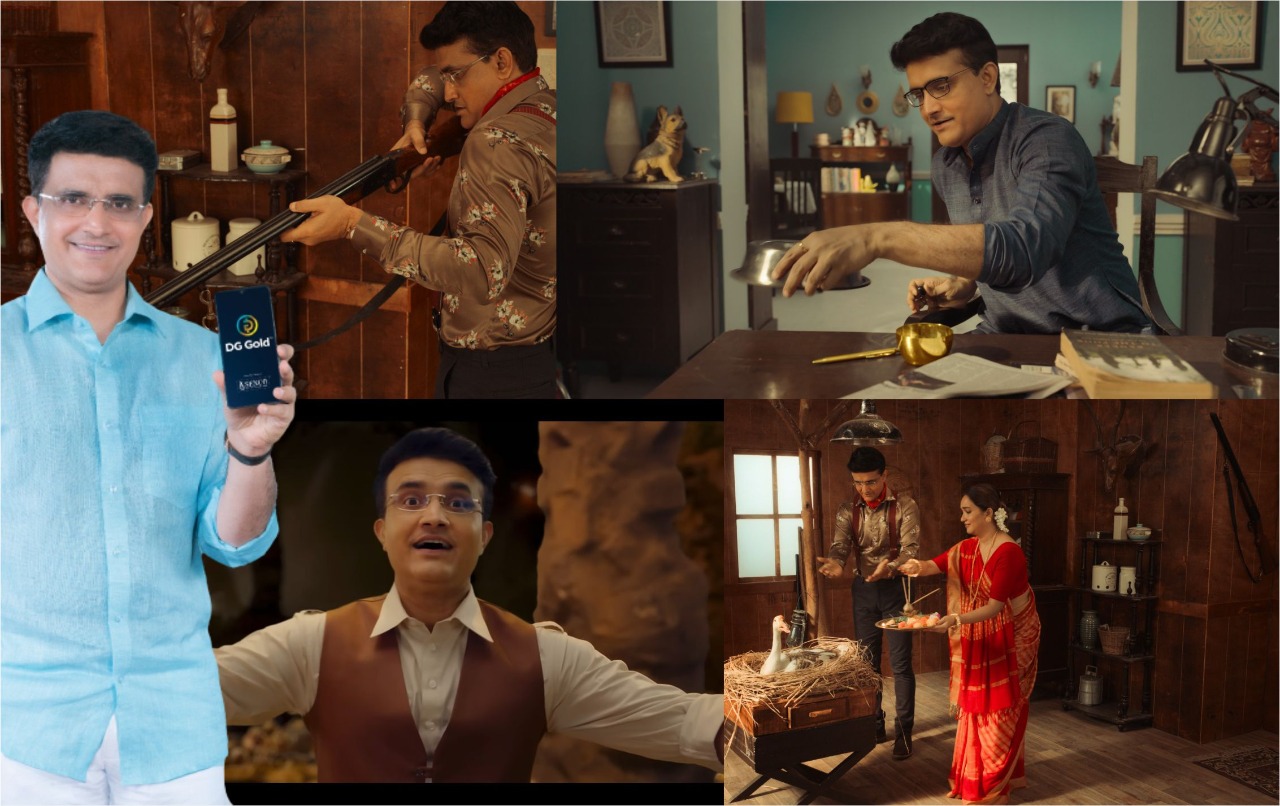 Comedy is perhaps the toughest form of entertainment. You only crack it when you instill enough logic into humour. And SENCO Gold and Diamonds has surpassed every usual expectation from a jewellery campaign. Sure, it stars the inimitable former Indian cricket team captain Sourav Ganguly. But him acing comedy with a pressing need for jewellery investment has definitely hit the bull’s eye.

The campaign promotes the brand’s digital gold investment app wherein one can buy, sell, and redeem gold easily. Quite elaborately, the campaign has three videos where Sourav is seen stumbling upon gold in the quirkiest manner possible. The jewellery brand has woven timelessly classic children’s fables with each of the three stories. Sourav Ganguly is Alibaba, the one with the Touchstone, and the guy who desperately wants his goose to lay golden eggs!

The messaging is clear. As Alibaba fails to get out of the cave and panics with hilarious lines such as “Khool ja, dim sum!”, as the man aims his rifle at the poor goose after being worshipped, and as the man who carelessly leaves his gold-turning touchstone to be devoured by his dog, it shows that hasty decisions don’t ever lead to wise gold investment plans. That’s how the brand has tied the utility of Digigold, its own app for consumers to invest directly in gold in a hassle-free manner.

The campaign creates deep impact in the way jewellery is being promoted. Linking comedy with promotion of a luxury product associated with beauty is a shot in the dark. But if the plan is right, and you have just the right popular face to assimilate the purpose in a funny manner, the outcome is nothing short of brilliant. And SENCO Gold & Diamonds has aced one.

Future of Kundan Jadau Jewellery and Coloured Gemstones in the Indian Wedding Industry? And How can we sustain the fast and high growth for this category ?