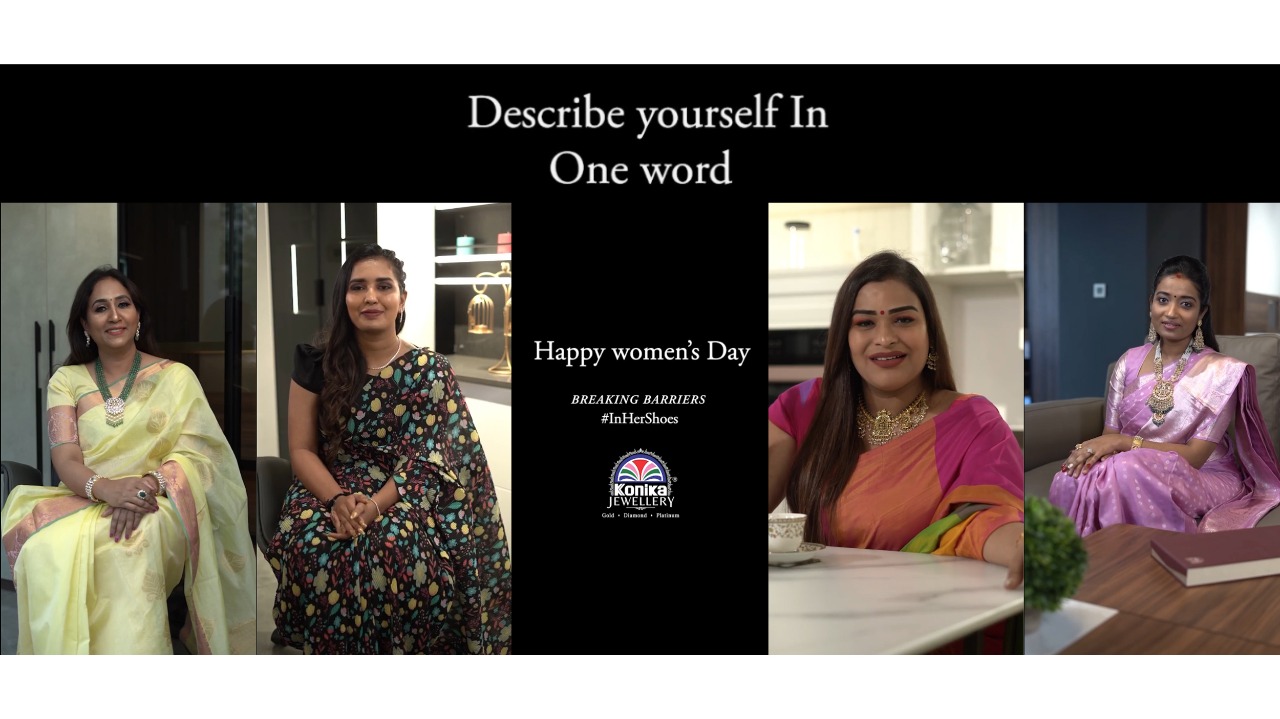 Konika Jewellery had a different take on Women’s Day this year. Involving women from all walks of life to share tit-bits about themselves, the brand created a holistic campaign of people who have gone unconventional with their careers and are simply proud of them. Named #InHerShoes, it is one of the most informative campaigns so far.

The campaign features seven women. Each one of them has been interviewed interestingly by the brand inside Konika Jewellery’s interior designer store. The follower is introduced to each persona precisely and impactfully. Starting with content creator/influencer Sushmita Agarwal from Chennai, the user gets to know how juggling the content department of two brands becomes an achievable target when the person handling it is brimming with confidence. “Jewellery is a compulsive habit. I just can’t imagine myself stepping out of the door without wearing a piece of jewellery,” she said. When asked what would her tips be for aspiring women, Agarwal said, “never be dependent on anybody. No matter what happens, always wear a smile.”

It was delightful to see transgender fashion designer Sasha break her mould with pride in front of the camera. Draped in a gorgeous kajeevaram saree, she narrated a touching childhood experience. “I was always in awe of Kanjeevaram sarees. It was in 2014 when I was 11-years-old and tried out my first kanjeevaram without the knowledge of my mother,” she said. Similarly inspiring was seeing the first practising educational psychologist in South India, Sanya, whose humble background didn’t deter her will to shine in a male-dominated society. “As a flagbearer of POCSO awareness, I ask women to speak up and be bold. Don’t worry as there is always somebody to help you,” she said.

At the epitome of corporate excellence is Preetha Ganesh, VP, Vels Group of Institutions – India, Singapore and UK. Admitting about her OCD, Ganesh shares a very nice insight on future planning. “If it’s not gonna matter in 5 years, you shouldn’t spend more than 5 minutes thinking about it,” she says. Listening to (and watching) R Priyanka Nair has been a real treat as this dancer-choreographer accredits one of her performances in Dubai with none other than Prabhu Deva as her most memorable one so far. A pet mom, Nair says her performance on ‘DreamumWakeupum’ went viral for the first time, and she doesn’t mince words while shaking a leg to that same song at the end of the reel.

With a huge range of popularity starting from about 3.2K views per reel to 138K for another, Konika Jewellery has really grabbed the attention of its followers. “Because of this cross-collaboration, we are getting collaboration requests from several designers. Jewellery forms a compulsory part of each of the personalities featured. We wouldn’t want Women’s Day to limit to a particular day in a year, for which we are sharing the interviews on Instagram across a much longer time span. This is increasing our visibility as many people are getting to know about the jewellery brand,” said Tanvi Singhi, marketing head, Konika Jewellery, Chennai.