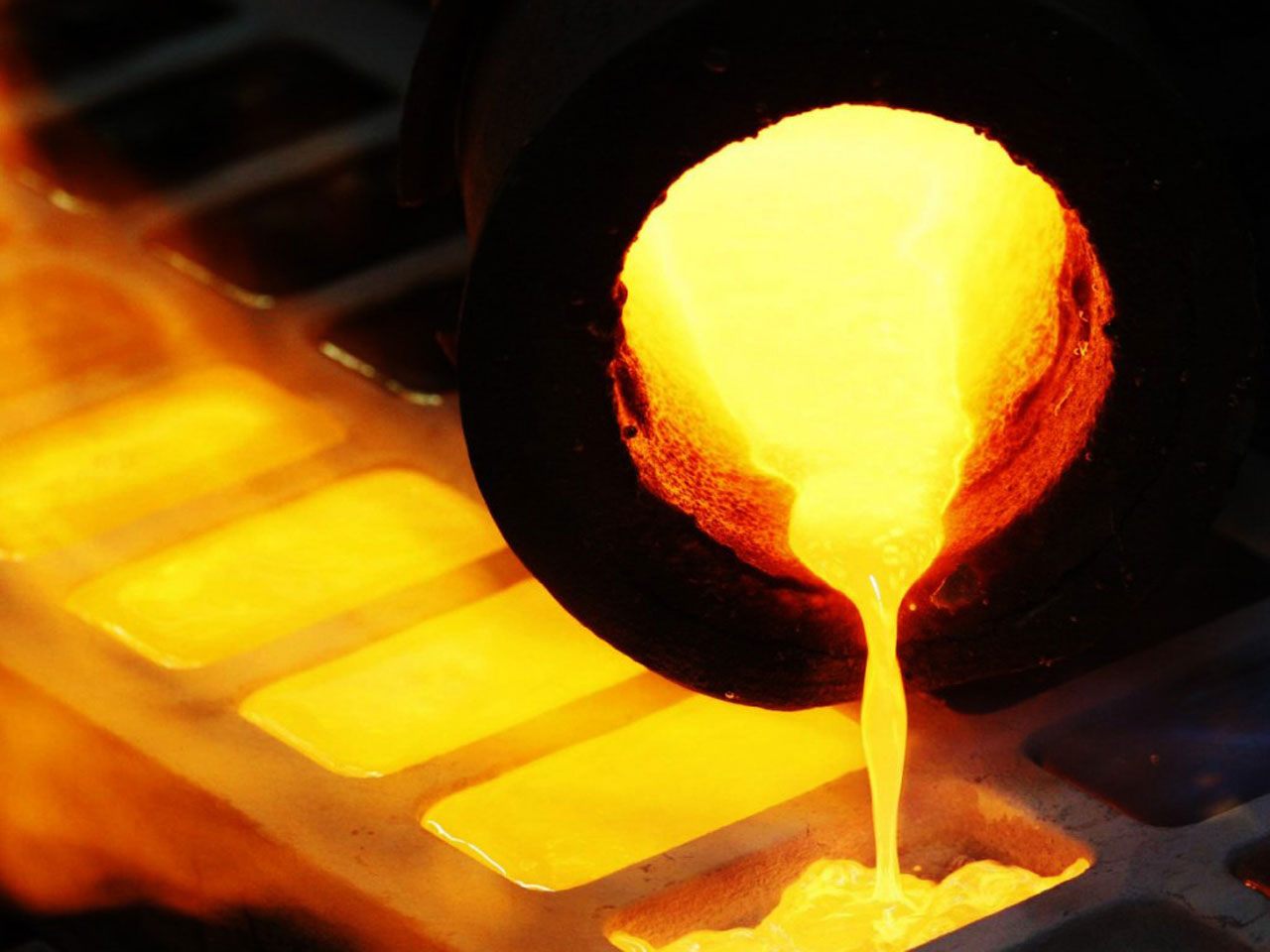 Hyderabad: South India’s first gold refinery plant will come up in Telangana in an exclusive Special Economic Zone (SEZ) to be set up at Kongara Kalan village in Ibrahimpatnam mandal of Rangareddy district. Two jewellery firms with an annual turnover of Rs 25,000 crore and Rs 33,000 crore, respectively have come forward to set up two gold refineries in the SEZ.

The representatives of one of the companies on Wednesday visited Kongara Kalan and interacted with industries officials. However, the officials were not unwilling to reveal the names of the companies, as the talks are still on.

According to officials, the industries department has identified 30 acres in Kongara Kalan, where the State government had earlier proposed to construct a building for the Rangareddy district collectorate. Of the 30 acres, five acres would be allotted for SEZ, where the two proposed gold refinery units will come up. In the remaining 25 acres, which is a non-SEZ area, eight jewellery processing units will come up.

“The gold refinery units and the jewellery processing units have agreed to absorb all the 635 employees who lost jobs in Geetanjali Gems park recently,” sources said.

Officials further revealed that there is only one gold refinery in the country in Mumbai (north India) and the first south India’s gold refinery plant is coming up in Telangana.

The company would bring raw gold from South Africa and the same will be processed in the gold refinery.

“The Hyderabad international airport is just 16 km away from Kongara Kalan,” the officials said. The State government officials also contacted the Union Ministry of Commerce for sanctioning gold refinery SEZ. “The Ministry asked us to send the proposal to discuss the same in the meeting to be held in May,” an official disclosed.

Gold refinery plants would help the State GDP to grow further. “Most of the gold consumption is in southern states. Once, the refined gold is available here, the sale of gold biscuits in the state will be high and it will help the State to get more revenues,” official sources said. Normally, jewellers import refined gold.

Gems and jewellery are one among the 14 priority sectors identified by the State government for investments. ”The value of total exports in the last three years by Geetanjali and other units from Telangana has been Rs 6,000 crore. With the start of two gold refinery units and eight jewellery units, the exports from Telangana will also increase,” officials said.

What is gold refinery?

Gold is found mixed with other minerals and impurities as it is housed in the depths of the earth. It has to first be refined for any impurities. The process of purifying gold to attain its pure state is known as gold refining.

Gold mines produce rough gold, called a dore bar. These bars are 80 percent pure gold. The gold is then sent to a refinery, where it is refined into different forms of gold.

GJEPC to set up jewellery parks in Mumbai and Delhi