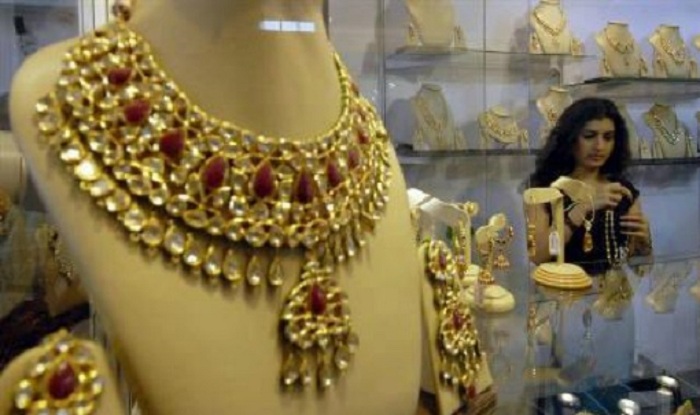 Over the last ten years, the Gems and Jewellery exports from India have doubled to USD 41 bn in FY18 as against USB 21 bn in FY08. At the same period, the Cut & Polished Diamond exports grew at USD 24 bn from USD 14 bn in FY08.

Commenting on the gem and jewellery exports performance, Pramod Agrawal, Chairman, GJEPC said, “Gem and Jewellery today contributes nearly ‘7% to India’s GDP’ and contributes over ‘15% to Merchandise Exports’. India has become undisputed world leader in cut and polished diamond exports, polishing nearly ‘One Billion’ stones each year. The industry today stands to over USD 41 Bn and employees to over 5 Mn workforce currently. With changing lifestyles and improvement in living standards, the Gems and Jewellery sector is likely to grow at a rapid pace and hence GJEPC intends to add 3Mn more workforce by the year 2022. India exports 93% of world’s polished diamonds worth USD 23 billion and almost 14 out of 15 diamonds set in jewellery worldwide are processed in India.”

“GJEPC will set a jewellery park in Mumbai very soon. The jewellery park project is estimated to generate direct employment to around 1,00,000 workers for the State of Maharashtra”, he added Colin Shah, Vice Chairman, GJEPC commented on the future initiatives which GJEPC intends to take in the fiscal year 2018-19. He said that, US is the largest consumer of Diamonds and

Jewellery globally and the region is showing an upward trend. US imports 16% of its jewellery from India. At Council we are making concerted efforts to grow the demand for “India Made” Jewellery Products in the established markets such as the US, HK and China.

Exploring and penetrating new markets such as Iran, Jordan, Turkey, Latin America , Russia and SE Asia is also on the anvil. Focused Buyer Seller Matching Programs are lined up for the year for across product categories to boost demand for Diamonds, gemstones and Jewellery

He says, “GJEPC is committed to the four pillar principles of fair trade. One, it leads in workplace modernisation. Two, it has created model programs for the health and welfare of its workers. Three, it plays a dominant role in global diamond and jewellery advertising. Four, it is building state-of-the-art gemological laboratories that ensure diamonds are not only natural and well-crafted but ethically sourced. GJEPC has earned a proven right to proclaim adherence to fair-trade principles and practices GJEPC will organize Banking Symposium on 11th May 2018 with an objective to address the key challenges faced by the Industry and mitigating risks in securing finance for diamond and jewellery industry,” Shah added

GJEPC has urged the Union government to support the Gems & Jewellery sector by providing policy support such as opening up the sector to foreign miners to set up their shops in India and also a reduction in import duty of gold.

‘My KYC Bank’ is a centralised KYC repository-cum-exchange platform for the gems and jewellery industry. All industry participants can update their own KYC information and documents on a single window and subsequently share the same with their trading partners. Banks lending to a company if registered in the portal, would have all information about the company they are lending to, including its subsidiaries.

RJC – As members of Responsible Jewellery Council the companies need to follow the guidelines of RJC for responsible supply chain.

BPP – Compliance guidelines of the mining companies are to be followed by the long term clients / sight holders such as BPP by De Beers etc.

GJEPC has already set up Common Facility Centre at Amreli, Visnagar and Palanpur. In the coming days, we will see more CFCs being set up for the enhancement of this industry.

GJEPC has plans to set up Common Facility Centers (CFCs) in 13 identified clusters of the gem and jewellery in India with support of the Ministry of Commerce & Industry. Setting up of CFCs will increase productivity and quality of small and medium players and Karigars who are the backbone of our industry but could not afford to buy high tech machines for manufacturing of jewellery. The Govt. is willing to give grant for more CFCs in future

With the support of the Ministry of Commerce and Industry, GJEPC has signed MoU with Maharashtra Govt. for setting up India’s largest jewellery park in Mumbai.

Jewellery park with all modern facilities would encourage the local handmade Jewellery workers and factories in local Zaveri Bazaars and other clusters in India to relocate themselves in such parks and thus develop the trade itself.

Jewellery park would also help in improving the living standards of not only the existing Karigars but also develop interest among the next generation of such workers who are currently reluctant to join the industry due to pitiful working condition and the atmosphere in which the workers currently operate.

Building skilled India: Training to Trainers for skilling/reskilling of workers in the industry. We have plans to bring foreign designers to impart training in design and development in our training institutes.

Gold likely to remain volatile in near term; range to be around $1,350/oz: CARE Ratings