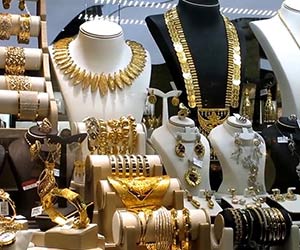 New Delhi: The Gem and Jewellery Export Promotion Council (GJEPC), under the Government of India’s Ministry of Commerce, is planning to set up India’s largest jewellery park in Mumbai, besides another jewellery park in Delhi and a gems bourse centre at Jaipur.

“The Mumbai jewellery park project will come up soon and is estimated to generate direct employment to around 1,00,000 workers for the State of Maharashtra,” said Pramod Agrawal, Chairman, GJEPC.

In the recently concluded ‘Magnetic Maharashtra’ investment summit in Mumbai, the state government and GJEPC had signed a memorandum of understanding (MoU) to set up the park in Maharashtra. According to the sources, the proposed park will come up on a 25-acre area housing nearly 4500 units at Ghansoli in Navi Mumbai. The overall investment at the park will be to the tune of Rs 13,500 crore.

The Jewellery Park at Mumbai with all modern facilities would help the local handmade jewellery workers and factories in local Zaveri Bazaars and other clusters in the state to relocate to such modern parks. It will help in improving the living standards of not only the existing Karigars but also develop interest among the next generation of such workers who are currently reluctant to join the industry due to pitiful working condition and the atmosphere in which the workers currently operate. The Indian industry today stands at over $41 billion in revenues and employs over five million workforce. With changing lifestyles and improvement in living standards, the gems and jewellery sector is likely to grow at a rapid pace and hence GJEPC intends to add three million more workforce by the year 2022, said Pramod Agarwal.

GJEPC also has plans to set up Common Facility Centers (CFCs) in 13 identified clusters of the gem and jewellery in India with the support of the Ministry of Commerce and Industry.  The CFCs will increase productivity and quality of small and medium players and Karigars who are the backbone of the industry, but could not afford to buy high tech machines for manufacturing of jewellery, said Colin Shah, Vice Chairman, GJEPC.

Over the last ten years, the gems and jewellery exports from India have doubled to $41 billion in FY18 as against $21 billion in FY08.