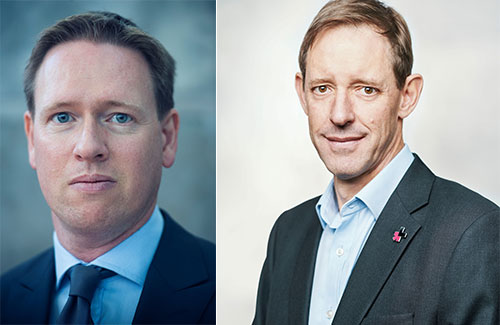 During more than six years as CEO of De Beers Group, Bruce has led the business’s transformation across the value chain. During his tenure, the Group has launched the world’s largest and most sophisticated diamond recovery and exploration vessels; redesigned supply agreements with Sightholders to enhance the efficiency of rough diamond distribution; integrated the organisation’s downstream businesses; created Tracr™, the world’s only distributed diamond blockchain that starts at the source; launched the Lightbox Jewelry laboratory-grown diamond business; and established and embedded the Building Forever sustainability framework across the Group, including setting 12 ambitious sustainability goals for 2030.

Duncan Wanblad said, “Bruce has led De Beers with distinction, evolving the company’s strategic vision to ensure that consumers’ desire for diamond jewellery is at the very heart of decision making across the diamond pipeline, while leading a safety transformation to ensure employee safety and wellbeing are recognised as the first priority and a shared responsibility. He has successfully steered De Beers through a period of considerable change over the last six years, including leading the way through technology to provide consumers with absolute assurance of the ethical provenance of their diamonds.

“Bruce has successfully expanded De Beers’ horizons for the longer term and reinforced the company’s unquestioned leadership position, exemplified by De Beers’ Building Forever sustainability framework to ensure an enduring positive diamond legacy. I look forward to his contribution as Co-Chairman, ensuring the greatest continuity for the business and our partners and stakeholders.”

“I believe Al’s multi-disciplinary strategic skillset and strong personal conviction and values are ideally suited to the nature of De Beers, a global business that spans much of the spectrum from exploration and mining to Bond Street and Madison Avenue.”

Reflecting on his time as De Beers Group CEO, Bruce Cleaver stated, “It has been a tremendous privilege for me to lead such an iconic company as De Beers with its rich history, great people and culture, and truly unique product offering. I would like to pay tribute to all those who have supported me along the way – including all my De Beers Group and Anglo American colleagues, the representatives of our partner governments, the De Beers Sightholder community and countless others within and outside the diamond trade. I am proud of all that we have achieved together during this period, despite the major challenges we have faced along the way. I believe the diamond industry in general, and De Beers Group in particular, have a hugely exciting future ahead and I look forward to working closely with Al and the leadership team to ensure we continue to take the business and the industry to new heights.”

Al Cook, on his appointment as CEO of De Beers Group, said: “I am honoured to have the opportunity to lead the company behind the world’s leading diamond brand – De Beers. I look forward to working closely with De Beers’ people, customers, governments, and other stakeholders to ensure that De Beers continues to lead the industry and deliver sustainable and purpose-driven value. Throughout my career, I have been passionate about bringing enduring economic, social, and environmental value to host countries and communities. I deeply recognise the importance of De Beers’ approach to responsible mining – most notably in Botswana, Namibia and South Africa. It is our responsibility to work with the industry on continuing to fulfil the true promise of diamonds.”