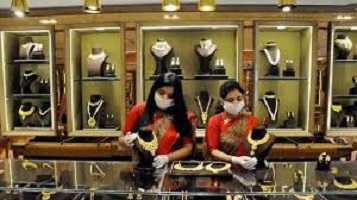 There is no denying that there are many potential geopolitical and economic risks, which, if they play out, bode well for gold

Gold prices surged to an eight-year high of $1,768.41 per ounce (oz) last week. This coincides with the 6% drop in the S&P 500 index from its highs earlier this month. Fears of a second wave of coronavirus still linger. Also, the International Monetary Fund has cut its global growth forecast yet again. When the economic backdrop gets gloomy, gold prices typically rally, given its safe haven status.

But the house seems divided. “Some global commodity analysts are too bullish on gold. It has been observed in the past that after a brief rally, gold prices usually consolidate or see some cooling-off. So, we do not expect a massive surge in gold prices immediately,” said a commodity analyst, requesting anonymity. Indeed, gold prices have cooled off a bit after hitting record highs in the middle of the last week.

Also, as some analysts point out, risk-on sentiment is improving with economies gradually reopening.

Of course, concerns over rising infections are there, but chances of another round of complete shutdown is being ruled out for now. “A lot of the worries relating to the economic impact of coronavirus are already baked into gold prices,” said the commodity analyst. This year so far, global gold prices have rallied nearly 15%. So, even if gold prices were to start rising again, they were unlikely to see a massive surge in one go.

But those in the bullish camp expected excessive monetary easing by central banks and a weak US dollar to work in favour of gold.

Also, gold has an inverse relationship with the US dollar. Meanwhile, investment demand for gold has risen. Research house Credit Suisse said: “This can be visible in ETF holdings trends, which has been rising for six successive months and has now crossed 100 million ounces for the first time ever (on 16 June).”

There is no denying that there are many potential geopolitical and economic risks, which, if they play out, bode well for gold. But for now, gold prices may not see a run-away rally from their current levels.