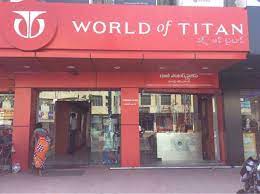 Operating profit, calculated as earnings before interest and taxes (EBIT) of the jewellery business, grew by 39% YoY to Rs 1,103 crore, and that of watches and wearables rose 34% to Rs 123 crore. The eyecare business EBIT growth, however, declined 24.3% YoY to Rs 28 crore as the business invested in advertisement and paid higher rentals on the network expansion.

Despite an uncertain macro environment, the current festive season between September and October has been quite positive, and consumer confidence remains upbeat, the company said in a release. “We have clocked a retail growth of 17-19% in larger business divisions of the company namely – jewellery, watches & wearables, and eyecare over a similar festive season timeline of the previous year,” C K Venkataraman, MD of the Tata Group-company was quoted as saying in the release.

The company remains focussed on executing its growth plans in India and overseas and is optimistic about performance in the remaining quarters of the current financial year.