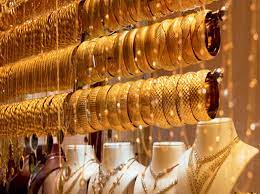 Small and medium enterprises (SMEs) in the gems and jewellery sector are likely to grow 1-3 per cent year on year in value terms in the current fiscal year (FY23), compared with over 45-50 per cent in FY22 (which, in turn, was on a low base of FY21). That’s because they face two headwinds now: the import duty hike of 500 basis points to 12.5 per cent, and supply chain disruptions because of the ongoing Russia-Ukraine war, leading to a moderation in exports.

The rise in the prices of gold will also curb demand, though it will support the revenues of SMEs. Domestic demand, which accounted for 55-60 per cent of sales by value in FY22, is estimated to have grown in the first quarter of the current fiscal, helped materially by a low base. The duty hike now changes that script.

The impact of this will be on SME clusters such as Thrissur and Coimbatore, which mainly manufacture plain gold and traditional jewellery, and are focussed on the domestic market.

On the other hand, the diamond cluster in Surat will see an impact because of a high-base effect and supply-chain disruptions. Sanctions imposed by the US and Europe on Russia and, consequently, on Alrosa, its biggest diamond miner, is having a bearing on India’s diamond polishing industry.

But the free trade agreement between India and the UAE will support exports, as it has led to the removal of the 5 per cent duty levied on gold jewellery.