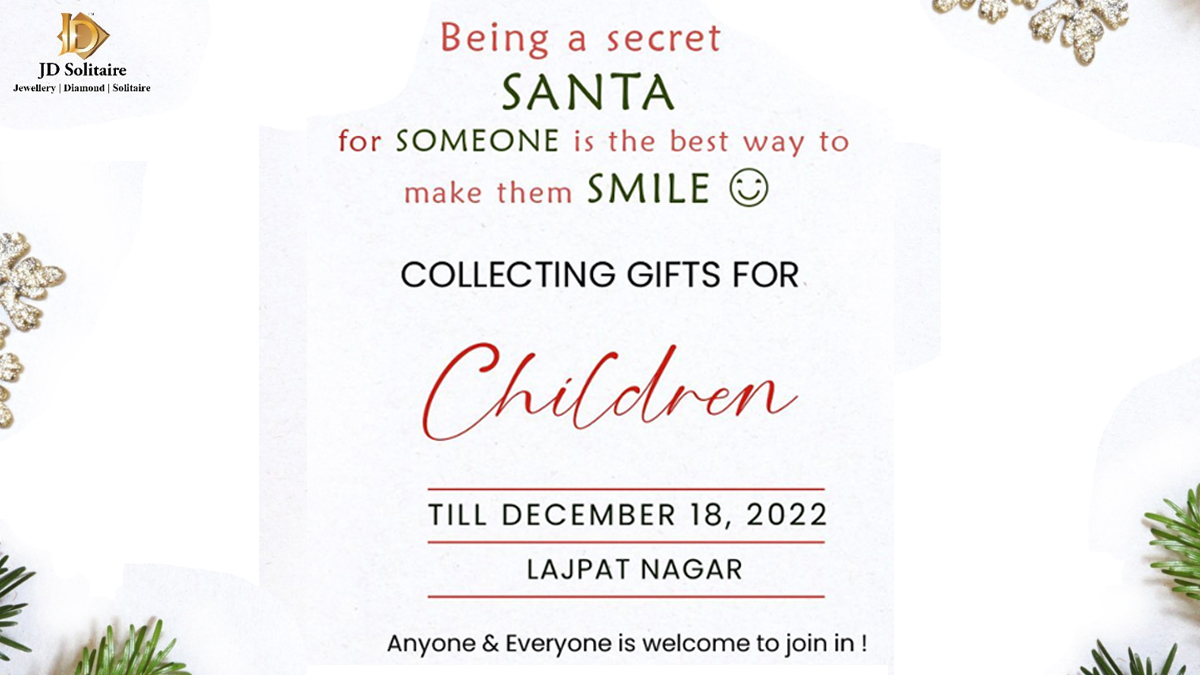 As Christmas is only a week away, JD Solitaire, in collaboration with BG Foundation, initiated an extraordinary drive for a collection of gifts called ‘Secret Santa’. The motto behind this initiative is ‘Being a Secret Santa for Someone is the best way to make them Smile.’

On previous occasions such as Children’s day and Mother’s day, the brand has collaborated with BG Foundation for various social welfare activities, be it the distribution of stationery to underprivileged kids or food among the less privileged people. This time, JD Solitaire has taken things to the next level as they have spread awareness about a collection drive of any item that customers would like to donate to their campaign – ‘Secret Santa’.

According to Mr. Sanjay Kalsi, Owner of JD Solitaire, “We are asking customers and others willing to donate gift items for the kids to be a part of this initiative, as it will help a child in need. As people with the resources to gift our loved ones, we usually don’t understand the emotions attached to it. But for some kid somewhere, a small gesture like this can make a big difference.”

The collection drive is being run outside the JD Solitaire outlets until the 18th of December, after which the collected gifts will be gift-wrapped and distributed among 105 underprivileged kids around the city. The brand has also launched a helpline number: +91-9810030950, to help citizens understand the kind of gifts that need to be donated and any other type of queries they might have.

Mr. Kalsi added, “We are overwhelmed with the response received so far and are hoping to launch more such initiatives. Our efforts are well paid off only due to our employees’ and customers’ constant trust and support.”