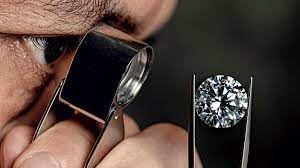 With largest population of millennials in the world, a report has said that India is perceived to become the largest market for lab-grown diamonds in the future.

Industry experts said around five years ago, there were only a handful of lab diamond growers but now, according to a report filed by Prabhudas Lilladher, their numbers have gone up tremendously in the last 2-3 years due to a recession in the natural diamond industry.

This has meant a growing competition between lab diamond and mined diamond companies, it said.

One of the incentives that the government had brought in is that it has permitted 100 per cent foreign direct investment (FDI) in the sector under the automatic route. Further, according to Budget 2019-20, the GST rate has been reduced from 18 per cent to 5 per cent. The year 2019, particularly, was the year for lab-grown diamonds.

The global diamond industry has been facing headwinds lately while lab-grown diamonds seem to have emerged from the shadows of natural diamonds and established itself a growing footprint in the gems and jewellery industry.

Exports of polished lab-grown diamonds from India jumped about 70% in the April-July period to $622.7 million, while those of cut and polished mined diamonds fell around 3% to $8.2 billion during the same period, GJEPC data showed.

According to the GJEPC, the country contributes about 15% of the global production of lab-grown diamonds.

What is a lab-grown diamond?

Lab-made diamonds are developed from a carbon seed placed in a microwave chamber and superheated into a glowing plasma ball. The process creates particles that crystallize into diamonds in weeks.

The only difference between lab-grown diamond and natural diamond is that instead of digging the earth, it is created in a lab under a machine.

This tech-based manufacturing directly cuts down the capital and labour-intensive factors of the mined diamond chain and so lab-grown diamonds cost 30-40 per cent cheaper than mined despite being 100 per cent diamond. There are two types of lab-grown diamonds — CVD and HPHT. India particularly specialises and leads in the chemical vapour decomposition (CVD) technology that is certified as the purest type of diamonds.

According to the report, the Gemological Institute of America predicted the total annual sales of laboratory diamonds will be well over $100 billion in the not too distant future, from about $20 billion today. This segment of the diamond is growing at an annual growth rate of 15-20 per cent.