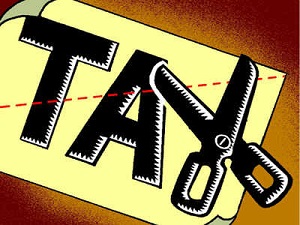 AHMEDABAD: The imposition of 0.075% tax collection at source (TCS) from October 1, has left jewellers and gold traders staring at severe working capital crunch, amid an already slowed business. According to analysts and industry experts, the implementation will prove detrimental for small bullion traders and jewellers.

Explaining the impact, Surendra Mehta, national secretary, India Bullion and Jewellers’ Association, said, “The implementation of TCS will clearly mean that small bullion traders and jewellers who operate on wafer-thin margins will have to shell out more money towards tax payments than their profit and that too at the time of making transactions.

At the current price of gold, the margin would be roughly Rs 1,500 per kg whereas the tax liability would be nearly double the amount. Moreover, it will take at least an average of 18 months to get refunded.”
“This will cause our working capital to get blocked, making it difficult to do business. If the government wants to charge, they might as well impose an additional tax on the import of gold itself,” Mehta said.

Industry players said that such a move will encourage procurement of gold through unofficial channels which will ultimately hit the exchequer.

Jewellers still operate with a certain profit-margin so they will have some cushion against the tax collection at source. However, the smaller players and those into jobwork will be greatly affected according to industry stakeholders. “Jewellery demand has already taken a big hit in 2020 in the wake of the constant rise in prices followed by the lockdown. Ever since unlock has begun, the demand has failed to pick up in the wake of high prices and income shortfall faced by people. During such times, this decision will not just hurt revenues of jewellers but also increase the compliance burden,” said Jigar Soni, vice-president, Jewellers’ Association of Ahmedabad (JAA).
“Lakhs of artisans are dependent on the gems and jewellery sector for their livelihood and this will be impacted because of working capital shortage faced by small jewellers and jewellery making units, in addition to slack demand,” Soni further went on to say.

‘Retailers should be positive and cash in at the IIJS’

IIJS’s legacy continues in the Virtual edition, it will Empower Retailers with the latest-New designs innovations and novel ways of showcasing merchandise degitally!