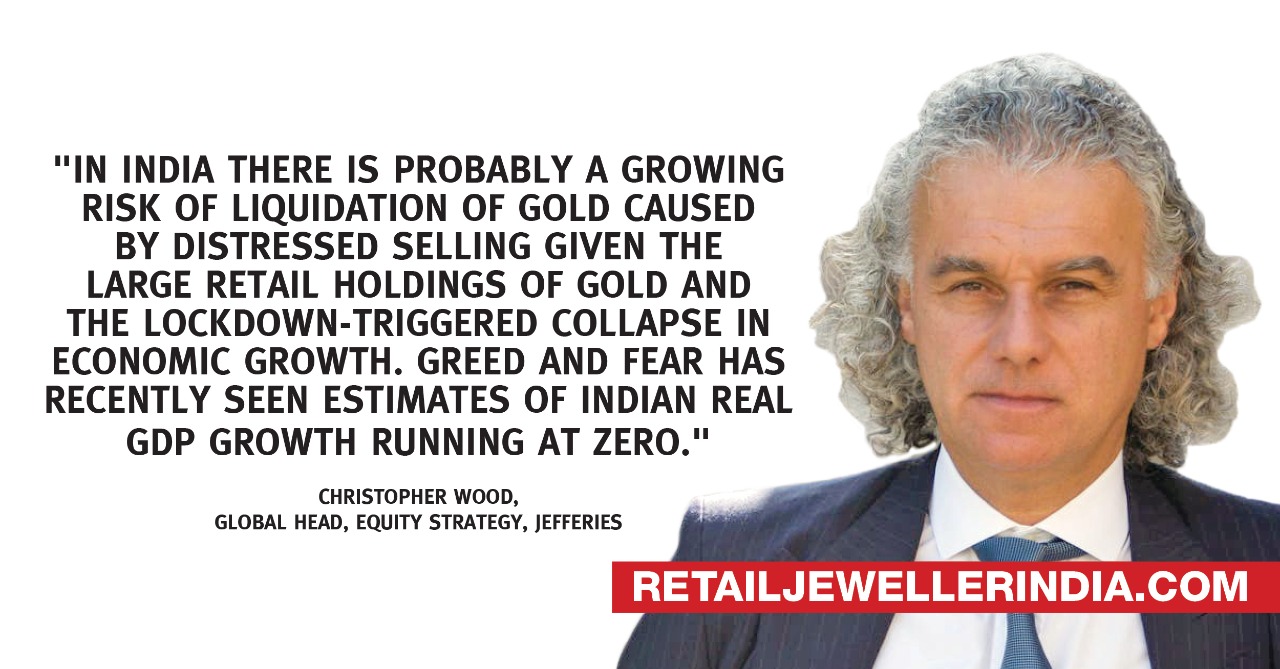 Mumbai: Christopher Wood, global head of equity strategy at Jefferies, believes that there is a growing risk of liquidation of gold in India caused by the collapse in economic growth because of the lockdown. “…in India there is probably a growing risk of liquidation of gold caused by distressed selling given the large retail holdings of gold and the lockdown-triggered collapse in economic growth. Greed and fear has recently seen estimates of Indian real GDP growth running at zero,” said Wood in his weekly note Greed and Fear.

Wood has added one percentage point weightage on India as the lockdown will slowly, but surely, ease.

He said that the other potential for forced selling of gold could come from central banks given the dramatic fiscal deterioration being suffered by many countries. India is again at risk here given its substantial gold holdings, said Wood.

Such potential selling pressures are the reason why gold may not break the $1,800-$1,900 level at the first time of trying, said Wood. He said that when gold finally takes out the 2011 high of $1,921/ounce, it will be the proverbial ‘blue sky’.

Wood also highlighted the woes of the Indian residential property market saying that the downturn in this space is of a kind that he has never seen before, driven by a series of policy-triggered shocks including the lockdown.

The note recommended investors with long-term holding power to own both Godrej Properties and DLF NSE 1.28 % as they are likely to be the long-term beneficiaries of the ongoing brutal consolidation in the sector.

On the banking sector, Wood said the issuance of forbearance pressure on banks is not just an issue for India but one for bank stocks globally.

Wood said that bank stocks would not be his favourite way to add to cyclical exposure but he would prefer oil stocks which have suffered the perfect storm, and auto stocks, particularly those geared to emerging markets.