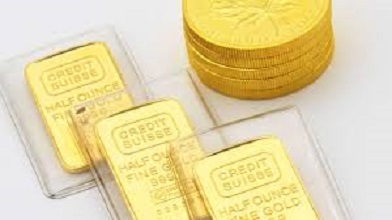 Gold prices surged in recent months, so did the demand for gold loans. At the same time, robberies have boomed too.

According to a report from Hemindra Hazari, an independent analyst, more than eight robbery cases in the past two years amounting up to ₹70 crore in the top non-bank financial institution companies like India Infoline (IIFL), Manappuram Finance, and Muthoot Finance have been reported.

Five of those robberies happened in 2020, three in the last three months. While this may seem like a simple case of robbery, it’s a lot worse for those who lost their wedding jewellery or precious family antiques.

Gold prices surged as much as 25% from ₹43,251 an ounce at the end of last year and have only started cooling down in the last few weeks since the emergence of a COVID vaccine in many parts of the world. This made it more precious for everyone including burglars.

Business Insider reached out to Muthoot and Manappuram, but only Manappuram responded. “We hold over 70 tonnes of customer gold, which is fully insured against the losses, due to robbery etc. There is no loss to the customer,” Manappuram said in response to the queries.

Most people in India, those who can afford to, prefer to invest in gold (including jewellery), and there is a long history of taking loans against gold. The insurance may also get the borrowers the money back, but it cannot get you the same gold you have your emotions attached to.

India is the world’s biggest market for gold. As the World Gold Council put it, “gold has a central role in the country’s culture, considered a store of value, a symbol of wealth and status and a fundamental part of many rituals. Among the country’s rural population, a deep affinity for gold goes hand in hand with practical considerations of the portability and security of jewellery as an investment.”

However, one of India’s largest gold loan NBFC Mannapurram argues that even in cases where the attempts are initially successful, the police have usually succeeded in recovering much of the stolen jewellery.

Manappuram Finance told Business Insider that “most of these attempts turn out to be unsuccessful given the sophisticated security systems NBFCs have in place.”

Robberies in the middle of a pandemic

The rise in robberies is especially worrisome given that companies like Muthoot and Manappuram have had to pivot to collecting the mortgaged gold from the borrowers’ homes. Before the COVID-19 lockdown, the borrowers had to visit the branch to deposit the gold.

However, Manappuram insists that they have faced no incidents in this process. “We have not faced any security issues with regard to our Doorstep Gold Loan facility. In fact, the instructions are for the team to pick up a customer’s jewellery from his residence and promptly deposit the same at the nearest branch, which limits the risk angle. We are also continuously improving our storage and transit security measures. As mentioned above, we have deployed strong e-surveillance and counter theft measures at different levels based on threat assessment,” the company told Business Insider.

What has been the reason behind the rise of Gold robbery?

Mannappuram shared the disruption to the wider economy also impacted criminal activity, and some gangs had targeted the branches of the gold loan NBFCs. They said they had observed a huge spike in robbery attempts following Demonetisation in November 2016.

According to them, “It is possible that the disruption caused by lockdowns may have affected criminal activity once again, but on our part, we have heightened our vigilance at the branches. Another factor could be the sharp rise in gold prices in recent months.”

This has led to companies having to add security measures

While the companies insist that they have a strong security system in place, most of the cases have happened because of no or less security. On November 19, IIFL’s branch in Cuttack, Odisha was robbed, and gold ornaments weighing nearly 40 kgs and valued at ₹120 million were stolen. And, the police said it happened because of no security in place.

“The CCTV camera was not functional. The alarm system was not working. The security guard did not have any arms. The regular security guard was away as his father got infected by Covid-19. Despite our regular advice to banks and finance companies, IIFL did not seem to adhere to any of the security guidelines,” the commissioner of police, Sudhansu Sarangi said.

Manappuram said that they have deployed strong e-surveillance and security measures including cellular lockers, burglar alarms, silent alarms, various optical and infrared sensors, 24×7 online monitoring of all branches from a central command centre.

These will be additional costs for the gold loan companies but the business is booming and this may be a good time to invest in safeguarding the people’s precious metals that come with priceless memories.

Pune: Jeweller ‘shoots himself’ at Laxmi Road shop due to financial problems, survives