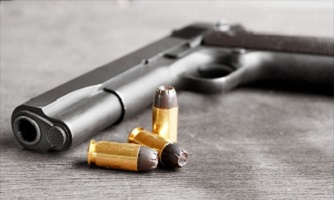 A 60-year-old jeweller allegedly attempted suicide by shooting himself with a gun at his jewellery shop, located on Laxmi Road, late on Tuesday evening.

Police have identified the injured jeweller as Milind alias Balwant Marathe (60), a resident of Shivaji Nagar.

Police said the incident took place around 8 pm on Tuesday, when Marathe was at his office, which is attached to the jewellery shop. “The shop was closed at 7.30 pm. Marathe was alone in his office. Initial investigation has revealed that Marathe was under stress due to financial problems… it is suspected that that’s why he shot himself…. But after firing a bullet at himself, he called his wife and told her about the incident. His wife then called up their son…. Soon, police were informed and they rushed to the shop,” said Senior Police Inspector Vijay Tikole of Vishrambag police station, who is monitoring the investigation.

Marathe has been admitted to a private hospital for treatment and his condition is reported to be stable. According to police, Marathe has told them that he has a licence for the gun with which he shot himself.