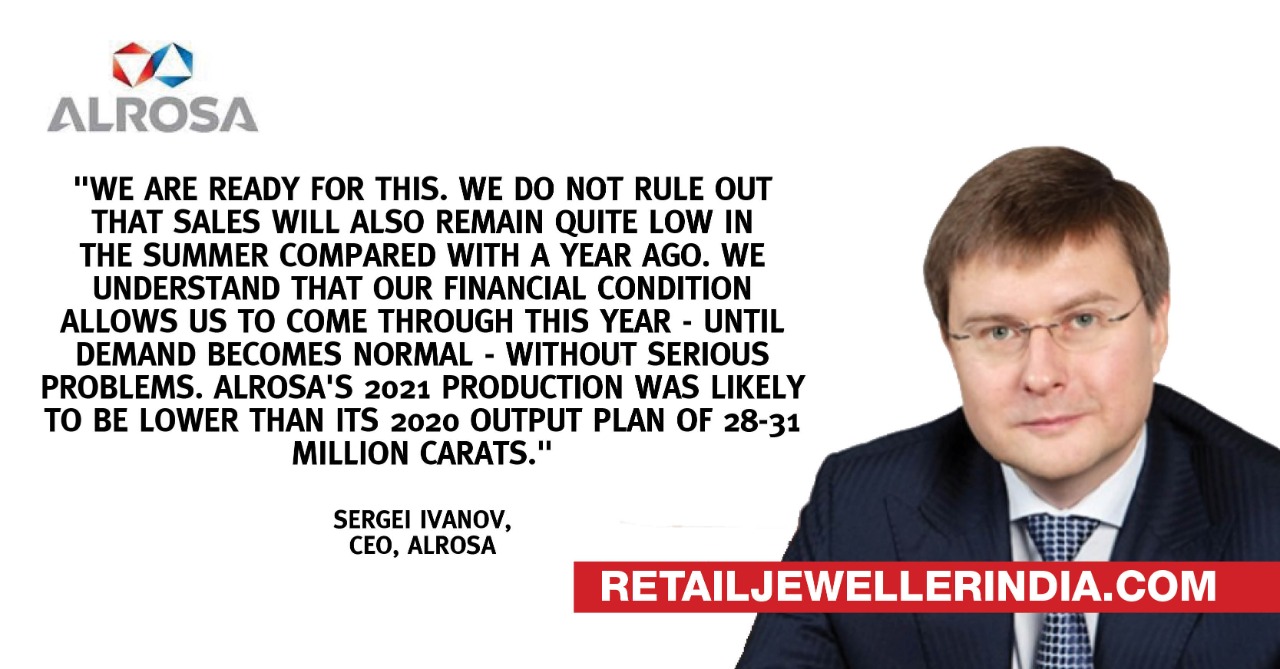 Russian diamond producer Alrosa expects its sales for May to total tens of million dollars, down sharply from May 2019 but up from April 2020, when its diamonds sales were worth $16 million, its chief executive told Reuters.

The new coronavirus outbreak has largely spared employees of Alrosa’s main production assets in Russia so far, but April sales by the world’s largest producer of rough diamonds plunged 95% due to a demand slump.

“We are ready for this,” Sergei Ivanov, CEO of the state-controlled Alrosa said. “We do not rule out that sales will also remain quite low in the summer compared with a year ago.” Alrosa sold diamonds for $266 million in May 2019.

He said he was willing to be flexible over volumes and pricing as this would ensure the market recovered more quickly.

Global demand for diamonds may improve in August-September as quarantine measures are eased, Ivanov said, adding the company’s balance sheet was robust with more than in $1 billion of accumulated cash and its equivalents.

But Alrosa is considering a new loan or debt refinancing later in 2020 as it will need to repay $513 million of debt, mainly to its Eurobond holders.

“We understand that our financial condition allows us to come through this year – until demand becomes normal – without serious problems,” the CEO said.

Ivanov also said Alrosa’s 2021 production was likely to be lower than its 2020 output plan of 28-31 million carats.

“We understand that the market will be recovering for months and that it makes no sense for us to build up our already big stockpile,” Ivanov said.

Alrosa, which has a stockpile of more than 23 million carats, will retain its 30% global market share as its main peer Anglo American unit De Beers and other producers are reducing output too, Ivanov said.

All of Titan’s Businesses Substantially Impacted by COVID-19 Pandemic