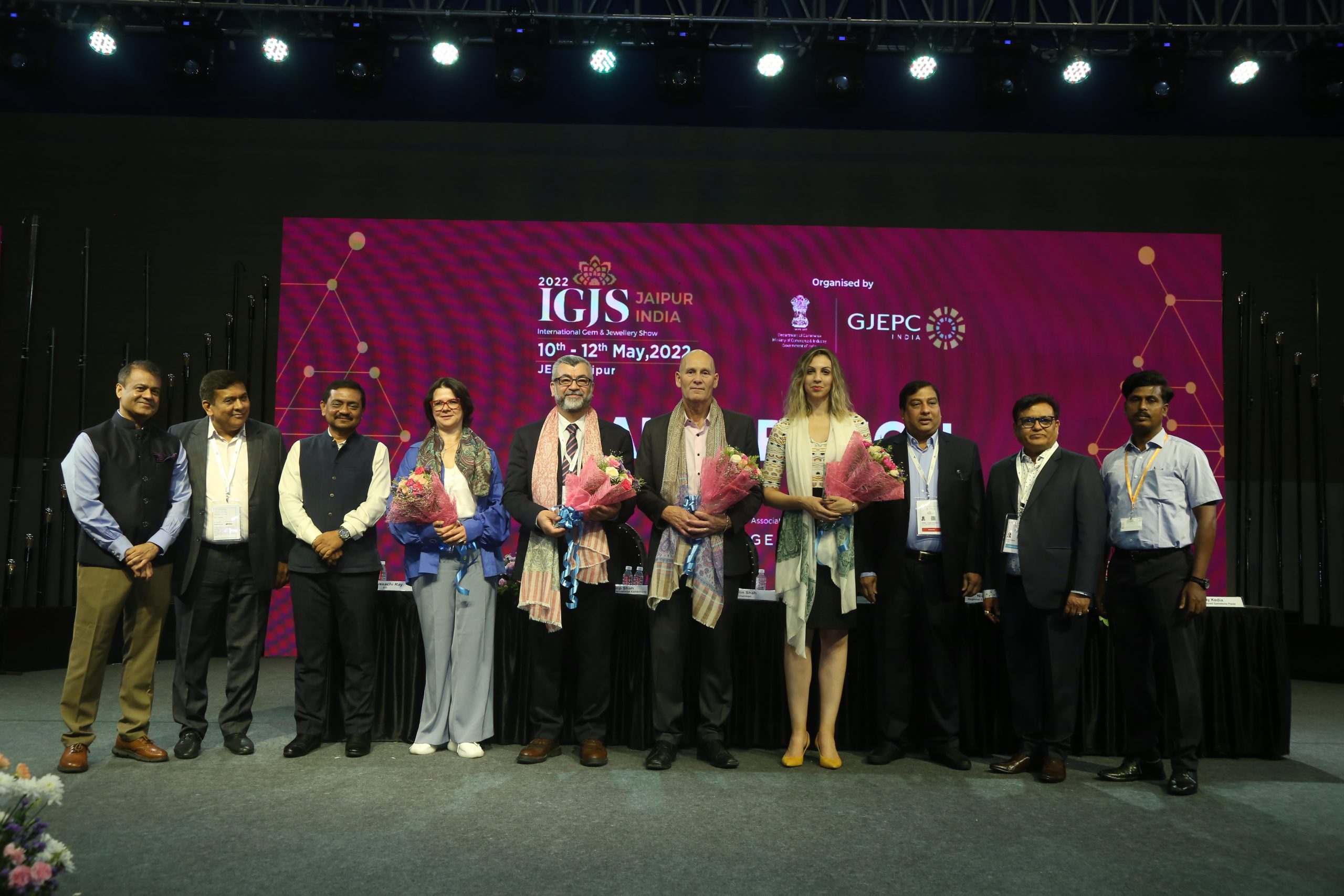 India plays a prominent role in the global gem and jewellery industry with exports of nearly USD 40 billion annually. The top markets are the USA accounting for 37% of India’s G&J exports, Hong Kong (24%), UAE (14.5%), Belgium (5%) and Israel (4%).

Being the world leader in cut & polished diamonds, coloured gemstones capital of the world, and the fastest growing gold jewellery exporter, India caters to every sourcing need of the global market. IGJS is the first initiative of the council to have a stand-alone show catering to all product segments of gem & jewellery such as colour gemstones, loose diamonds, plain gold jewellery, diamond-studded jewellery, gemstone studded jewellery & silver jewellery.

Arulanandan, Director, Department of Commerce, Govt. of India, said, “I’m glad to be part of the first edition of IGJS in Jaipur. The Government and Ministry’s role has moved from controllers to facilitators. GJEPC is the main link between the export community and the Govt.; we address the issues of the trade together.GJEPC is one of the most organised and efficient Councils and the gem and jewellery sector is dear to us. It employs 5million people, and contributes 10% of the country’s total exports.”

Colin Shah, Chairman, GJEPC said, “IGJS Jaipur is a classic example of the Government’s campaign to ‘Make in India for the world’, and the show will boost our efforts to reach USD 75 billion in exports in the next few years. The mystique of Jaipur will make this international show a success. Nothing beats the physical meet-and-greet interaction of a show. I thank the Ministry of Commerce for ironing out all issues. We also thank PM Narendra Modi for his bold vision such as signing FTAs with important markets such as UAE and Australia, which will help exports to grow. I think we will see a USD 5 billion boosts in exports this year itself as a result of these treaties. We are also launching IGJSin New York in August followed by IGJS Dubai in November and one in Jaipur in February 2023. IGJS will turn out to be the show for the future.”

In his vote of thanks, Dilip Shah, Convener, International National Exhibitions, GJEPC, said, “We are glad to bring IGJS to Jaipur where the Council had initially planned to organise it. There has been tremendous demand from international markets for gems&jewellery post-pandemic which is even reflected in India’s last year’s exports which accounted for around nearly USD 40 billion. My Special thanks to all our international coordinators who have played a significant role in getting buyers from all parts of the world. My special thanks to Nepal Gem & Jewellery Association; Dubai Gold & Jewellery Group (DGJG); Bangladesh Jewellery Association (BAJUS); MIGJA; and Sri Lanka Gem & Jewellery Association for their support and bringing buyer delegations from these respective countries.”

India has a renowned history of gems and jewellery which is now imbibed in its culture. This curated gem & jewellery show brings together leading jewellery manufacturers from India, exclusively for select international buyers.

IGJS will witness 200+ Indian manufacturers and 600+ international buyers across segments over the next 3 days. The buyer profile consists of wholesalers, retailers, and importers from all sectors of the worldwide jewellery industry. Design houses, jewellery manufacturers sourcing diamonds and gemstones, and independent retailers are also expected to visit the show.