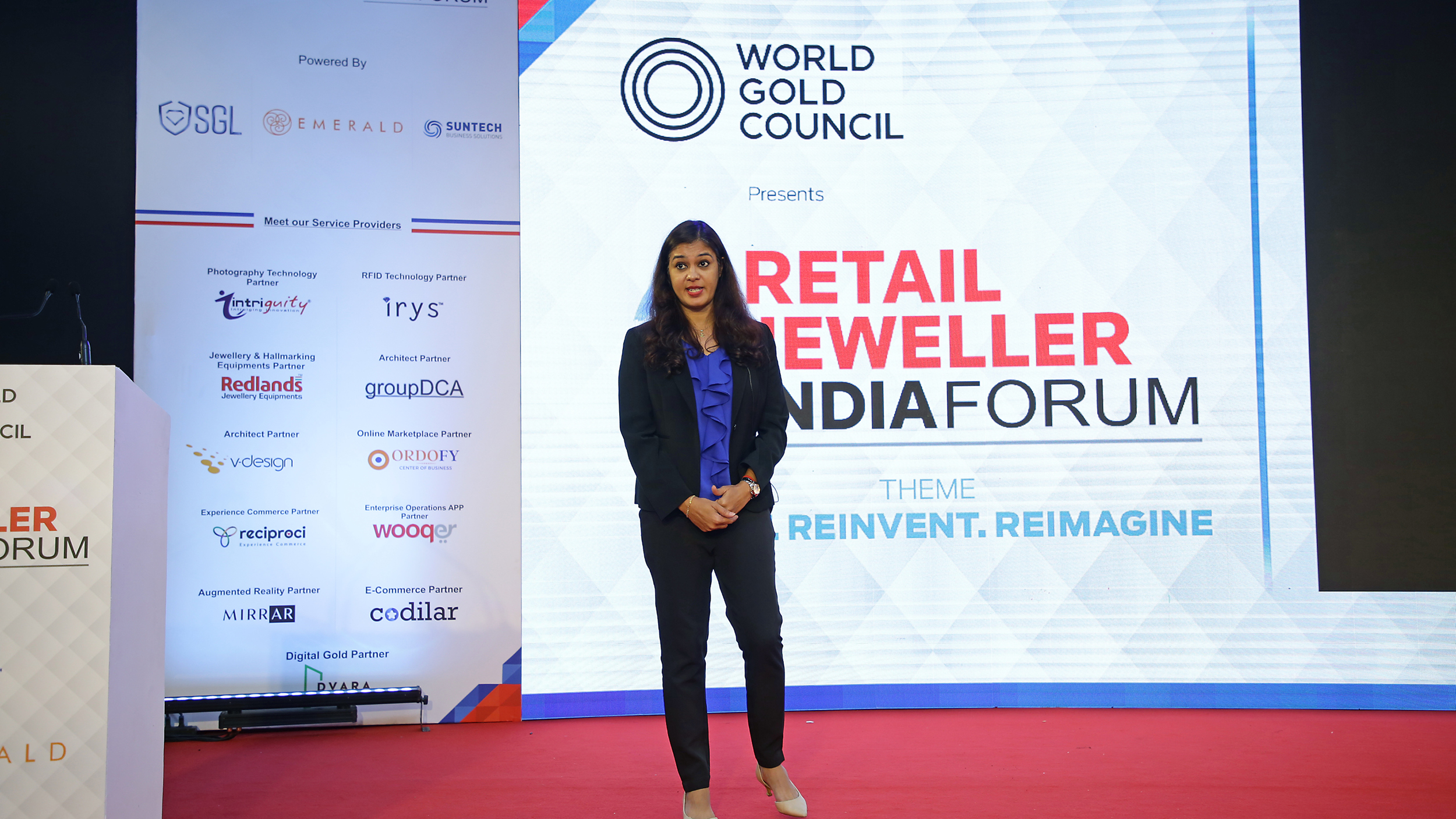 Presenting gold in a never-seen-before fashion is World Gold Council with their recently launched ‘You are Gold’ campaign. It is built for millennials, the generation that is still to welcome gold as a premium metal for regular adornment and investment in their daily lives.

Fleshing out the details was Arti Saxena, director and Head of Marketing, World Gold Council, who said that as per their research, a whopping 65% of Indian millennials don’t associate themselves with gold. This prompted the council to rebrand gold for Indian millennials with on-point, brief and relevant advertisement as shared with the audience. The first video commercial showed a couple deciding to take their relationship officially in an unprecedented manner. The man gets his startup funding approved and gifts his girlfriend a pair of earrings to be his ‘business partner’.

The next commercial showed how a brother decides to treasure his younger sister becoming a doctor for a remote village through jewellery. Each of the commercials focused on celebration of personal achievement and growth, very important for millennials, instead of stereotypical notions of romantic bonds that every major jewellery brand has been riding on since ages.

The other focus in these two films is on equality for women. Women are breaking boundaries across the world and it is time that advertisements elicit their demands prominently, which is what the WGC campaign has done with the millennial women as subject of interest, explained Saxena. “Gold has a very strong Indian familial legacy, but ‘You are Gold’ celebrates occasions the millennials love,” she maintained. On static medium, she shared several campaigns glorifying entrepreneurial abilities, friendship, workplace bonds, love for grandparents and inheritance of family legacy, each of which have large shelf lives in the attention span of a millennial woman today.

Talking about the design identity of millennials, Saxena focused on layering and stackables that provide more movement and thus is more exciting to the modern woman. These designs, particularly in lightweight, provide greater ease of adornment. “The millennial women need variety over premium price or size, for which customization and design innovation play a strong influence. They also prefer lightweight jewellery in gold with less yellow hues,” she said. Visually, millennials like it less flashy, so pink and other colours of gold are more popular, she maintained.

She then spoke about the ‘You are gold’ campaign, designed to inculcate the love of gold among the discerning millennial women through a 360 degree strategy of video commercials, social media, print ads and OTT.

Saxena also briefed about a 360 degree strategy of video commercials, social media, print ads and OTT that WGC is undertaking to promote the ‘You are Gold’ campaign. Hindi and regional channels form the TV strategy for WGC, while a partnership with Disney+ Hotstar is sure to give a great visibility to WGC with its 180 mn-plus customer base. They are also partnering with IPL for impact property, wherein they will launch the 3rd video commercial for the campaign. On digital front, WGC is campaigning aggressively on Google, YouTube, Facebook and Instagram.

In terms of influencer marketing, WGC is trying to build a narrative of empowerment and achievement of women across all walks of life through gold. On that front, artist Neeti Mohan and actor Bhoomi Pednekar are the two headliners in WGC’s influencer marketing campaign as of now, with other  personalities to make appearance for WGC soon, maintained Saxena. Courtesy: Retail Jeweller India News

As Stephen Lussier formally welcomes Mark Jacheet as the new CEO of De Beers Brands, the duo decodes crucial issue of the recent price rise, growing importance of e-commerce and impact of lab-grown diamond on the industry

RJIF 2021: SmartGold: Get a slice of Millennial Wallet