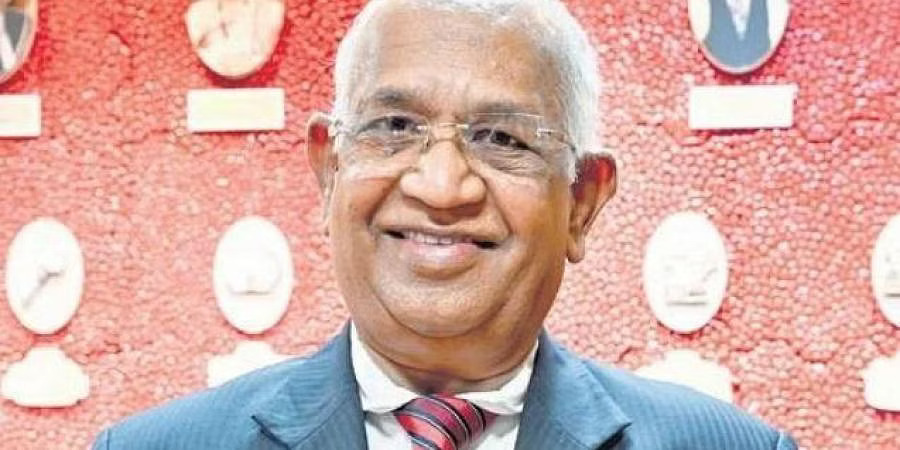 Exploration geologist and author T Manohar Babu speaks to CE about his newest book Gold in the World, and the importance of shiny metal in the modern world and more

BENGALURU:  For thousands of years, humans have been fascinated with gold, and yellow metal has played an important role in shaping the world. For centuries, metal was used as a medium of exchange, a store of wealth and a project of wealth and power.

The industrial revolution and advancements in science have unearthed rare and more precious metals than gold, while most countries have long moved away from the gold standard to anchor their monetary systems. And yet, it continues to be prominent in modern society, not just as jewellery, but as a stable investment, a conductive material in modern electronic devices among others.

T Manohar Babu, an exploration geologist and author, believes that there is a lack of a comprehensive literary work that explores all aspects of gold – its history, chemical properties and availability. To this end, Babu has come out with his newest book titled Gold in the World, which explores the yellow metal’s origins, uses through history and its continued importance in the modern world, written in an easy manner and interspersed with illustrations and photographs. It was recently released at C. Krishniah Chetty Group of Jewellers in the presence of the director, C Vinod Hayagriv.

“During my early years as an exploration geologist, I searched for a comprehensive book that will teach you everything you need to know about gold. But I couldn’t find a single book, even at the British Library. I found books that explored gold in particular regions or at a particular point in time, but none that completely encompassed the metal’s history. So, I thought I should write such a book,” says Babu.

Commonly known as ‘Tin Babu’ for his role in the discovery of a tin deposit in Bastar, Chhattisgarh, Babu has over five decades of experience working with precious metals, which he says came in handy while writing the book.

For centuries, India was one of the few sources of precious metals in the world, but in the last two centuries, the country’s production of gold has steadily fallen, while demand has increased exponentially. Babu feels that India could meet its domestic demand for gold if production were to be restarted in the numerous gold mines that have been closed due to unprofitability. “If the government was to hand over these mines to the private sector, modern advances can be used to extract minerals in an efficient manner and we wouldn’t have to rely on imports,” he says.