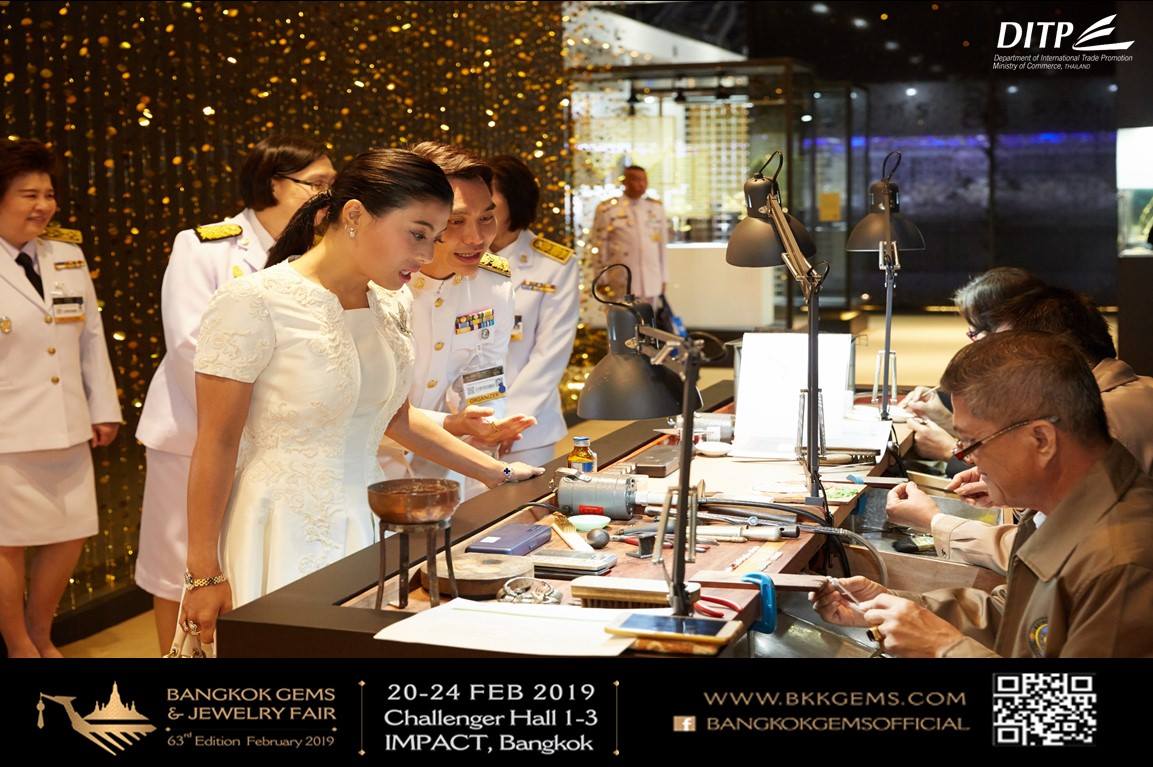 The theme of this year’s fair is “Thailand’s Magic Hands: The Spirit of Jewelry Making”. 900 exhibitors and 2,000 booths from manufacturers, distributors, to exporters from Thailand, Hong Kong, Japan, China, India, Israel, Italy, and ASEAN countries. 20,000 visitors from 130 countries are expected the show. Over 2,400 million baht in trade value would be generated.

The event is being held from February 20 to 24, 2019 at Challenger Impact Venue, Bangkok.