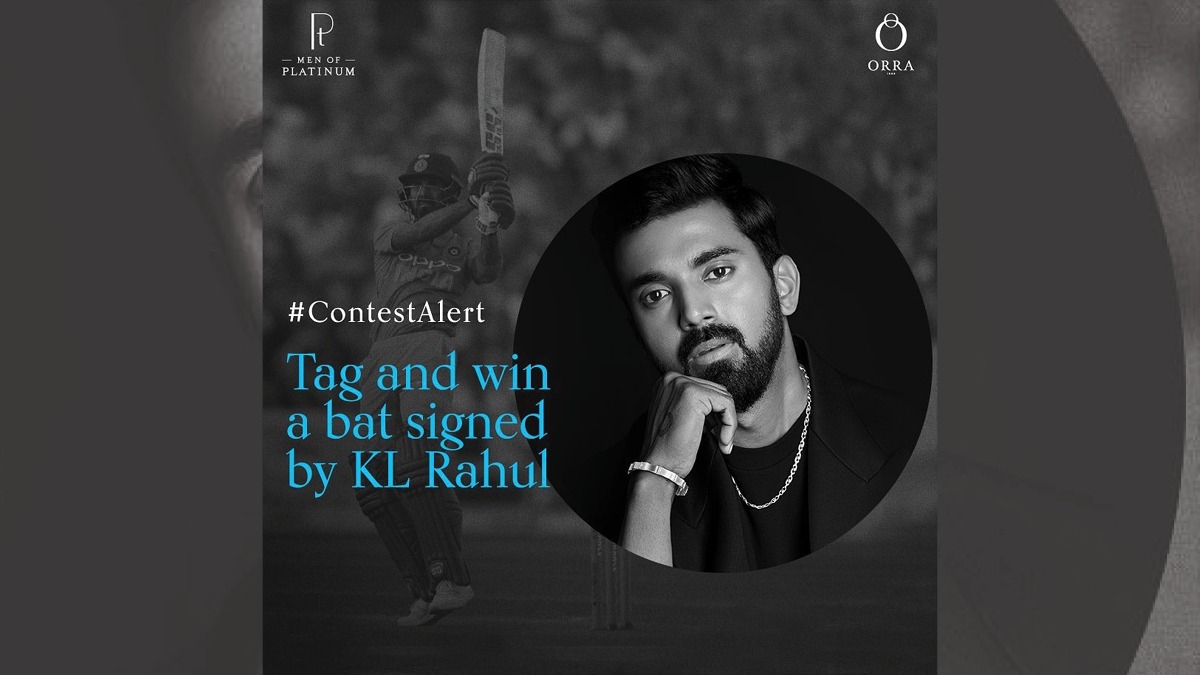 Previously, we have seen that on most occasions the jewellers target female customers and thus all their campaigns and promotions used to be around that concept. However, in the past few years, that trend has slowly reversed with the arrival of men’s jewellery in the Indian market. And ORRA’s current promotional strategy removes any sort of stereotype associated with masculinity and jewellery.

Although the share of men’s jewellery in the overall Indian jewellery industry is quite low, it is getting popular with time. Due to this, many big brands are slowly coming up with the concept of men’s jewellery, especially in the platinum category, and Orra is one such brand aggressive about men’s platinum ranges. PGI was recently associated with India’s leading cricketer KL Rahul as he unveiled “The League of Platinum Men” series, which was co-created by Disney + Hotstar’s Brand Lab. The series is based on stories of cricketing heroes who have been a source of inspiration to KL Rahul.

With Rahul promoting Orra’s platinum jewellery, the brand has come up with a special social media contest titled #MenOfCharacter, involving the cricketer.  As part of the contest, the brand has posted an image of KL Rahul and asked the customers to tell three things they admire about him. While writing the answers, the customers have to use #MenOfCharacter, #ORRA and tag 2 friends. After that, they have to follow @orrajewellery, @menofplatinum and ensure that their tagged friends also do the same. Three lucky winners get a chance to win an exclusive bat signed by the cricketer. The post, which was put up at the start of the second-last week of 2021, has so far garnered 3,285 likes and 13 comments.

What is particularly impressive about the campaign is the shift in conception about male jewellery lovers. Gone are the days when men’s jewellery reminded only of kings in empirical times. Orra’s prize offer, a bat signed by the cricketer,shatters all stigma stopping sports-crazy men from donning great jewellery with pride. Coupled with sports ambassadors such as Rahul, ORRA is instilling equality in fashion sense among the mass jewellery consumers, also exciting men to self-gift unlike before.