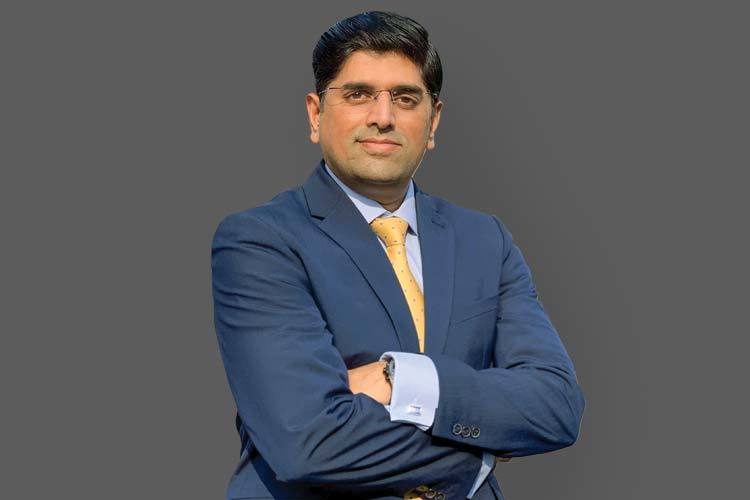 Could you please give details of the first campaign of Muthoot Finance for 2023?

We are excited to flag off our newest marketing campaign for 2023, titled Muthoot Finance Gold Loans – Kholiye Khushiyon Ki Tijori. The campaign is once again anchored by Amitabh Bachchan, our brand ambassador for the past five years. “Kholiye Khushiyon Ki Tijori” includes a bouquet of four powerful TVCs with each TVC talking about 1-2 unique and unparalleled aspects of Muthoot Finance Gold Loans. These films have been carefully crafted in an emotive way drawing parallel to real-life emotions that make them very pleasant for people to relate, to while also presenting a core product benefit of Muthoot Finance Gold Loans. The strategic thinking behind the campaign is to encourage people to monetise the gold jewellery lying idle and unproductive, in their safes and lockers, for reasons like it is simply not top-of-mind or because of old-world beliefs or social taboos. Kholiye Khushiyon Ki Tijori strongly advocates the utilization of this idle lying gold to enable people do things that can help them move ahead in their lives, giving themselves and their families more happiness and joy.

Can you tell us bit more about each of the 4 films and what they are about?

The first film highlights the unflinching Trust that our customers have in us. Pledging gold is like pledging an emotional asset and hence, Trust forms the bedrock of our business. The first film resonates this fundamental belief and the ‘sense of being secured’, by drawing a parallel with the unquestionable faith & trust of a child when he’s tossed up in the air playfully by his father. This film reinforces the same level of trust when a customer pledges his gold with us. Similar assuredness is evident when 2.5 Lakh+ customers are served at Muthoot Finance branches every day.

The second film elaborates on a ‘paramount need’, with the 7-layer, world-class security infrastructure at Muthoot Finance branches which ensures the safety of our customer’s gold. This film captures another strong and universal emotion that all of us recognise and experience. It is about the constant and uninterrupted vigil of our brave soldiers on the borders to keep all of us safe. Similarly, at Muthoot Finance, keeping a customer’s gold safe is our topmost priority powered by 24×7 CCTV surveillance, OTP-enabled strong rooms, insured lockers and much more.

The third film presents USPs wrapped in an emotional envelope, proposing a ‘new paradigm’ through the new ideas and possibilities for availing a Muthoot Finance Gold Loan. It showcases various purposes for which a Muthoot Finance Gold Loan can be used such as flagging-off a business start-up, buying one’s dream home or chasing dreams such as travelling abroad or pursuing your hobby. In fact, this film also portrays a real-life story of one our customers who actually availed a gold loan from us to buy a pet as an endearing friend – which gives immense happiness to millions of people world over!

The last film of the campaign is also wrapped in a touching human emotion of true friendship, recalling the age-old saying, ‘a friend in need is a friend indeed’. This endearing story too is delivered with a lot of warmth by Mr. Bachchan. This film highlights the long-standing strength of the brand in its unmatched pan India network of 5750+ branches, and its unique Gold Loan at Home service which can be easily availed by a customer from the comfort of his home. The film illustrates how Muthoot Finance has been like a true friend, who is never too far in time of need – traditionally with its branch network, and now with the Gold Loan at Home services being brought to people’s doorstep.

How did you arrive at the theme of Kholiye Khushiyon Ki Tijori?

Well, we wanted to convey ‘Unlock Happiness by Unlocking your idle-lying Jewellery’ and the best way to say that was Kholiye Khushiyon Ki Tijori. As a brand, we just want people to be happy by being a catalyst to fulfil their dreams, to pursue their passion or to achieve their aspirations. These may be across individuals, families or even businesses. There are different things that can make one happy but if ever there is a financial need that is keeping you away from your joys, Muthoot Finance Gold Loans is always a great choice.

What is the media mix that you are planning for this mega campaign?

Kholiye Khushiyon Ki Tijori is an integrated, multi-media campaign and it will be going live across TV, Print, Digital, Out of Home, Activation and various BTL mediums.

How much precedence will digital marketing take as the industry continues its pivot to online media?

Digital has always been important for us. In fact, for us at Muthoot, digital is way beyond just a marketing medium. In recent months, we have launched many digital initiatives to create a Digital Ecosystem that has been quite well-received by our customers. We introduced Muthoot Chatbot, iMuthoot Mobile App, interest & loan repayment facility through partnerships with Google Pay, PhonePe and WhatsApp to name a few. Recently, we even launched Gold Loan Industry’s first loyalty program called ‘Gold Milligram Rewards’ wherein customers can get assured 24 Carat gold on every transaction and even on referring successful customers to us. From a purist digital marketing perspective too, we invest nearly 10% of our marketing budgets on digital mediums and intend to grow this further in the coming Quarters.

What are the agencies that Muthoot Finance is working with for its A&M endeavours including for the current campaign?

Kholiye Khushiyon Ki Tijori is a campaign that we co-created with some of our long-standing partners like ABM Communications which has been our Creative Agency for nearly 15 years. The production was done by Moment in Time and the films were Directed by Vibhu Puri who had also directed our previous campaign films titled ‘Haathi Pe Bharosa Karogey toh Pakka Jeetogey’. Alongside, we have had a great experience working with Mindshare – our Media Agency On Record for over 5 years and AdGlobal360, our digital partner for nearly a decade now.