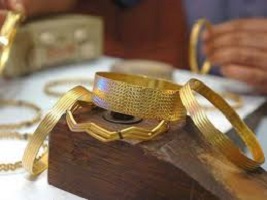 India’s gold imports plunged 86% year-on-year in June due to record high prices and as international air travel was banned and many jewellery shops closed amid a nationwide lockdown to curb the spread of coronavirus, a government source said.

The world’s second-biggest consumer of the precious metal imported around 11 tonnes of gold in June, down from 77.7 tonnes a year ago, the source, who asked to remain anonymous since he is not authorised to speak to the media, said on Thursday.

The country’s gold imports in the June quarter plunged 96% from a year ago to 13 tonnes, the official said, after shipments virtually ground to a halt in April and May.

Chennai, Delhi and Mumbai generate a lot of demand but in all three cities coronavirus cases have been rising and not allowing potential customers to shop, said Surendra Mehta, secretary at the India Bullion and Jewellers Association (IBJA).

India’s coronavirus infections surpassed 600,000 on Thursday, with 17,834 deaths, as authorities battled to contain the pandemic while easing lockdown rules.

Jewellers are not making purchases from banks as retail demand is subdued, said a bullion division head of a Mumbai-based private bank.

“For the next two-three months demand would remain weak as buyers are waiting for a correction,” he said.

India’s gold imports could fall below 15 tonnes in July, down from last year’s 39.7 tonnes, said another Mumbai-based dealer with a gold importing bank.

Indians not selling old gold, but raising loan against it