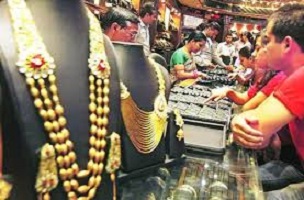 While Mumbai-based jewellers are mooting on better working conditions for karigars, Kozhikode-based group’s chief pitches for uniform gold pricing across the country.

Kolkata: At this time of the year, festival dates usually assume points of reference status. However, given the effects of the COVID-19 pandemic, the jewellery sector is a divided house on whether the industry should look forward to the next few months with hope.

The split is between two extremes – optimism and confidence on one side and fear and despair on the other. The assessment was arrived at after NewsClick spoe with several people from the sector, either business owners or associations of karigars, an overwhelming percentage of whom are Bengali-speaking and with their roots in West Bengal.

In Mumbai, owners of jewellery businesses have arrived at the conclusion that as they chalk out a way forward in these, their top priority has to be a multi-step action plan for better working conditions for karigars. The idea is taking shape in telephone conversations among jewellers in Mumbai – the country’s foremost business centre for jewellery and where the concentration of Bengali-speaking karigars is perhaps only second to West Bengal.

The optimists from among those in the industry expect the situation to look up at around Navaratri. Some see a connect with the US presidential elections. A successful election exercise – no matter who wins – will lift prospects and could even help bring down gold prices appreciably. Prices have already softened by about six per cent.

Insiders say that there may be some volatility before the US elections, perhaps with an upward bias. However, they say that after the results are known, a softening trend will re-emerge which will give a fillip to demand. The India-China border tension is not said to be a factor. Moreover, businessmen are also taking note of the Centre’s inclination to relax restrictions in general, according to Anantha Padmanabhan, who has been at the helm of the All India Gem And Jewellery Domestic Council for sometime now.

Echoing Padmanabhan’s analysis is Kumar Jain, the president of the Mumbai chapter of the Indian Bullion And Jewellers Association (IBJA), who has five showrooms. According to Jain’s assessment, although the situation in Maharashtra, particularly in Mumbai, is still reason for fear, he hopes things will look up by Diwali.

A larger number of planned weddings have had to be deferred after the lockdown. The indefinite postponement of an auspicious occasion like a wedding hurts the sentiment of Indians. Therefore, he says that many of the stalled and newly finalised weddings will take place in the upcoming auspicious dates. An added impetus is the provision of a larger number of ‘mahurats’ this time round – 102 against 77 the last year. A third factor which may go the industry’s way is the highly satisfactory Kharif crop, which will leave farmers with extra funds, part of which they may spend to buy gold ornaments, Jain told NewsClick from Mumbai’s famed Zaveri Bazar.

However, Samar De, president of the Kolkata-based Swarnashilpi Bachao Samiti, is pessimistic about the prevailing situation and does not seem hopeful about the near future.

“We have to be content with between 15% to 20% of normal business. With transport services far from normal, people from the district and sub-divisional towns are not able to make it to Kolkata. Our customers include a sizeable number of such people. People are also afraid to spend because they want to have funds available in case they are compelled to be treated for COVID-19 or other ailments. The treatment cost in private hospitals is frightening. Surprisingly, people are also not selling old ornaments to acquire new ones. The abnormal spurt in gold prices about four weeks ago seems to have induced them to wait in the hope of prices hardening further,” De told NewsClick.

Rajaram Mahadeo Deshmukh, chief of the Mumbai-based Goldsmith Coordination Committee, is not very kicked about the future either. He said that a large number of Bengali-speaking karigars who had returned to their native places during the lockdown are still reluctant to “migrate back” to their places of work in Zaveri Bazar, Kalbadevi, Girgaum in Mumbai and in the districts of Sangli, Satara and Sholapur.

“Those painting a rosy picture are being economical with the truth. Karigars will feel like coming back when they come to know that jewellery purchases are definitely picking up and they will be gainfully engaged by business owners,” Deshmukh told NewsClick from Mumbai.

General secretary of the Mumbai-based Bengali Swarnashilpi Kalyan Sangha, Kalidas Sinha Roy, also paints a gloomy picture. According to him, the vast majority of karigars who had moved back are afraid to return. Roy, who hails from Haripal in the Hooghly district of West Bengal, said in his over 35 years in the business he has not seen such circumstances before.

“Remember, the ‘auspicious occasion-related ornament buying’ accounts for just about 25% of gold consumption; the remaining 75% is really investment-specific, as savings for a rainy day. This mindset still rules in India,” he said on the phone from Mumbai.

Another crucial part of the entire puzzle is the working environment for karigars. The unsung, unacknowledged workers produce high-priced ornaments while sweating it out in cramped, inadequately lit quarters in congested localities in Mumbai, Kolkata and other places. Their job requires them to go through over a dozen processes that entail the use of acids and chemicals. In addition, they have to put in long hours, often 12 or more when delivery commitments need to met on an urgent basis.

Keeping the ground reality in view, business owners recognise the need for making their workplaces hygienic with modern facilities, including sanitisation equipment for manufacturing facilities and their surroundings. Provisions for medical facilities and a step-up in incentives will be considered so karigars feel “some difference in their quality of life”, said Prithiviraj Kothari, president of the IBJA. He added that all participating enterprises have, in principle, agreed to share the cost. “We need the karigars for our business, they need us for their livelihood; we want them to come back early,” said Jain.

A senior executive of a Kozhikode-based ornament-making outfit hoped the idea is laid out and implemented before long. “It is good that they have realised the need to better the lot of karigars. For pricey, and quality ornaments in these competitive times we have to have quality karigars,” the executive, who wished to remain anonymous, said.

Meanwhile, Ahammed M.P., the chairman of Kerala’s multi-unit Malabar Gold & Diamonds (MGD), has recently mooted the concept of uniform gold pricing across the country in the interest of transparency and price stability of finished products for the benefit of consumers. Under the age-old practice, gold prices are set by respective state jewellers’ associations, and these vary not only from state to state but also from town to town within a state. It complicates the trade in that there is often price-based, unhealthy competition because of the possibility of clandestine practices of sourcing gold from a state with “lower board rate by a trader in a state that has a higher board rate”. The chain effect leaves the consumers confused, the MSD chief argued in a note released by the group with its headquarters in Kozhikode.

“It is a good idea. In fact, I have been trying to have uniform gold pricing in Tamil Nadu but have not succeeded so far. I will continue with my efforts. It has to be first implemented in Tamil Nadu, then in all the states in south India and finally on an all-India basis,” Padmanabhan told NewsClick from Chennai.