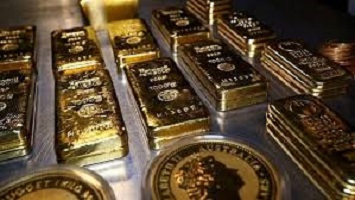 Ahmedabad: Muhurat purchases and Diwali season failed to add the needed glitter to gold demand. Consequently, yellow metal imports, even at 2.48MT, declined by a whopping 45% in November against last year’s imports of 4.54MT.

Bullion traders suggest that the high price of gold, and a recessionary trend have hampered sentimental buying of gold driven by auspicious muhurats.

Jigar Soni, president, Jewellers’ Association of Ahmedabad (JAA), said, “While demand for gold jewellery was certainly better during Diwali season, it was way less than that of last year. This time, while weddings are downsized, there is also an impact visible because NRI customers, who contribute to a huge chunk of sales, have not yet arrived.”

“Even those who purchased bullion or jewellery had pre-planned purchases for weddings and other occasions. However, even those purchases were half in terms of volumes and budgets, as the wedding season has shrunk,” Soni further added.

Bullion traders and jewellers explained that the consumer sentiment has gone weak, amid the second wave of infections and a recessionary trend.

Ketan Choksi, managing director of a Vadodara-based jewellery business, said, “Weddings take place during this time of the year typically. However, amid the pandemic, people have postponed their events or have been downsized. Typically, this is a peak season for jewellery retail. With a fresh wave of cases, the demand will be less and therefore, sales are expected to plunge.”

“As financial insecurities are not going away, the sales are bound to be impacted,” Choksi further added.
Bullion traders also claim that the demand for bullion for investment purpose and that for gold Exchange Traded Funds (ETFs) also declined as prices began declining.