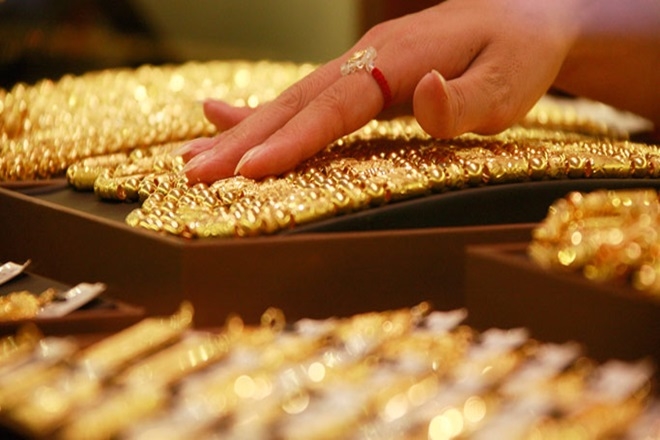 In a curious development, the US has beaten traditional large suppliers like Belgium, Russia, Africa and the UAE to emerge as the second-largest exporter of gems and jewellery to India this fiscal, after Switzerland.

In April-October 2018, India imported these products worth $5.1 billion from the US, a massive 218% jump from $1.6 billion a year before. In fact, gems and jewellery accounted for the biggest chunk of American supplies to India (25%) in the first seven months of this fiscal, having exceeded those of oil, capital goods and organic chemicals and contributed to a shrinking of India’s goods trade surplus with the US.

Customs and industry officials are puzzled, especially since a massive trade diversion cannot be suspected in the absence of a free trade pact between the two countries. Some, however, didn’t rule out a round-tripping of diamond supplies through the US to bypass tighter scrutiny.

This has inflated India’s goods imports from the US, causing New Delhi’s trade surplus with Washington to shrink, in a sign the Trump administration’s pressure on the country’s to correct trade imbalance is working.

Former Gem and Jewellery Export Promotion Council (GJEPC) chairman Praveen Shankar Pandya found the surge in imports from the US a bit puzzling, adding that the classification of the products needed to be closely examined. The issue was taken up with customs officials even earlier, he added. Rajiv Popley, executive director at Popley Group, said the unusual jump might have been a result of “stock-outs” at some companies in the US (so their supplies landed up in India).

Imports from the US witnessed a sharp 41.5% spurt in the April-October period to $20.7 billion, while India’s exports to the world’s biggest economy rose only 13.4% during this period to $30.8 billion. Consequently, India’s goods trade surplus with the US, too, is expected to shrink to a five-year low of $17.3 billion, if the gap continues at the same pace for the rest of the year.

As such, the US has now emerged as India’s second-biggest goods import destination (after China), having improved its position from the fourth-largest exporter this country a year before.

Apart from gems and jewellery, petroleum products made up for $4.3 billion, or 21%, of our imports from the US between April and October, followed by nuclear reactors, boilers, machinery and mechanical appliances etc (11%) and electrical machinery and equipment etc (5.6%).

As for overall trade, while China alone accounted for a massive $375 billion, or 46%, of the US goods trade deficit of $810 billion in 2017, India made up for just 2.8% and occupied the 9th spot in the list of nations with which the Trump administration seeks to pursue a trade balance agenda.

Although both India and the US have been negotiating on a trade package for months now, certain US demands have cast a shadow over the deal. The US wants India to remove or substantially prune import duties on scores of ICT products — including high-end mobile phones and smart watches — apart from rolling backing the price curbs on medical equipment like stents. The US is seeking to use its so-called generalised system of preference regime —under which it allows imports of select products from a host of poor or developing countries, including India, at concessional duties —as a leverage to ask New Delhi to heed its demands, said the sources.

For India, greater access to the American market in food, farm, engineering goods, auto and auto parts segments hold promise in the long term (over five years), said a senior government official. The US sees good prospects for its companies in Indian civil aviation, oil and gas, education service and agriculture segments. India is seeking an exemption from the US’ additional tariff on steel and aluminium and has deferred retaliatory action until end-January 2019, involving $235-million worth American goods in a bid to hammer out the trade deal.

After being an under performer for years, will gold get its sheen back in 2019?