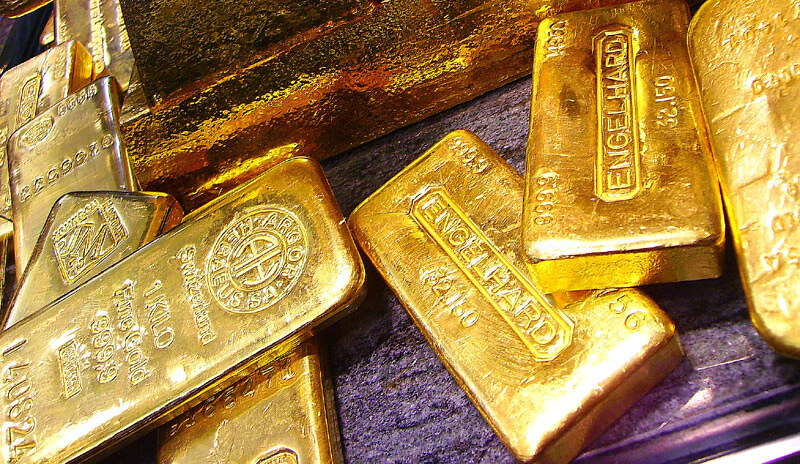 Ahmedabad: Amid rising geopolitical tensions, gold prices have rallied in the international market, touching a high of $1,689 per ounce earlier this week. Since gold prices in the Gujarat market remained above the Rs 40,000-mark through most part of the festive and wedding season, the demand for physical gold has plunged, so much so that jewellery purchases are increasingly being made by exchanging previously purchased gold. In Ahmedabad, at least 70% of jewellery purchases are made by exchanging old gold, according to estimates by Jewellers’ Association of Ahmedabad (JAA).

“Till a year ago, barely 30% gold jewellery was purchased by exchanging old gold whereas 70% were fresh purchases. However, with the rise in yellow metal prices and the recessionary trend, the ratio has reversed,” said Jigar Soni, vice-president, JAA.

Similar is the situation in the diamond city of Surat, where consumers are shying away from making new purchases of gold jewellery due to the high prices of the yellow metal. In the last one month, the recycling of old gold has increased by about 35% in Surat and South Gujarat region. “Cash sales in the jewellery showrooms have gone down by almost 40% due to the high gold prices. Customers are preferring to recycle their old ornaments and coins for the jewellery. Out of 40kg of gold jewellery manufacturing per day in Surat, about 12kg consists of recycled gold,” said Nainesh Pachchigar, director, Indian Bullion Jewellers Association (IBJA).

Gold prices have been on the upward trend since early last year. Thanks to this, the demand for gold has significantly reduced. According to data by Ahmedabad Air Cargo Complex, gold imports plunged to the lowest ever at 49.1 tonnes in the state in 2019, against 56.3MT in 2018.

With reduced demand for physical gold, jewellers are facing a significant loss in business. “Our business has come down to 25% as customers are reluctant to buy gold at such a high price. Those who need jewellery for marriages prefer to buy new designs in exchange of old jewellery,” said Bhayabhai Soni, president, Rajkot Gold Dealers’ Association (RGDA). Revenues of jewellers have also come down. Manoj Soni, an Ahmedabad-based jeweller said, “People come with a fixed budget for gold purchases and the proportion of transactions made through the exchange of gold is high. As a result, revenues of jewellers have taken a hit. At the same time, purchase for gold jewellery other than wedding occasions has declined by more than 50%.”

With the coronavirus infections spreading not just in China but other countries as well, gold prices have rallied in the international market. Yellow metal prices consequently touched a record high earlier this week, breaching the Rs 45,000-mark per 10g in Ahmedabad to settle at Rs 45,050 per 10g. “Gold prices are hovering around Rs 44,000 per 10g in the Ahmedabad market for about a week now. Due to this, the demand for physical gold has significantly declined and is impacting employment in the sector,” said Haresh Acharya, national director, IBJA.

“With continuing geopolitical uncertainty, gold prices are expected to remain on the upward till the end of 2020. The spike in coronavirus cases is expected to have an adverse impact on global trade. and as a result, investors are moving towards safe-haven investments in gold,” said Sudhish Nambiath, head, India Gold Policy Centre (IGPC) – Indian Institute of Management, Ahmedabad (IIM-A).

The volume of gold buying has reduced significantly. As a result, employment in the gems and jewellery sector is significantly impacted. Gujarat, which was home to some 1 lakh gold jewellery artisans a year ago, witnessed 40% of them moving to their home towns and refusing to return, say jewellers.

“A number of jewellery artisans are changing their profession and moving to alternative means of employment. The high price of gold is a deterrent for jewellery purchases, even during the wedding as well as the festive season. Some 500 jewellery manufacturing units – predominantly involved in job work – in Manek Chowk are now operating at 50% of its actual capacity as there is no work,” said Chinubhai Choksi, president, Manek Chowk Choksi Mahajan.

Several gold artisans have now turned to agriculture, turned into fruit and vegetable vendors or began working as labourers at factories and printing presses in absence of jobs.

“Because there is no work, we are not able to pay full salary to our artisans. Instead of four people, our unit is now operated by two people only,” said Salim Abbas, a jewellery making unit owner in Manek Chowk.

“High gold prices have led to a 35% rise in the recycling of gold and a decline in cash sales at jewellery showrooms. That apart, workers from the manufacturing centres including Surat, Ahmedabad, Hyderabad, Rajkot, Bengaluru and Coimbatore are leaving as they do not have enough work due to weak sales.” Anantha Padmanabhan, chairman, All Indian Gems and Jewellery Domestic Council.

SBI pushes for uniformity in lending to gems and jewellery sector