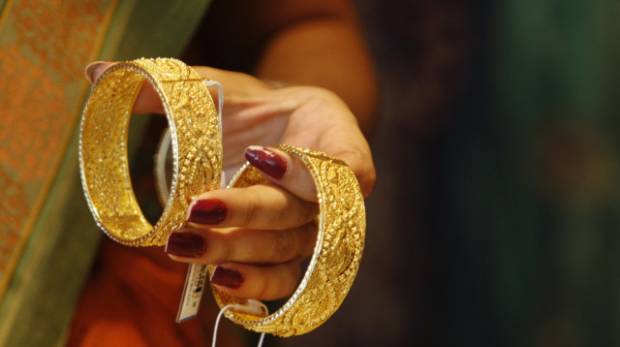 Looks like it’s time to buy gold and jewellery as prices of the yellow metal continue to fall persistently, posting its biggest weekly decline since November 2018 last week.

Analysts forecast that the prices will remain under pressure in the near future but will pick up in the later part of the year. 24-carat gold could gain 8-9 per cent and cross Dh170 per gram by end-2019 from the present level of Dh156.75. As a result of a dip in prices, some major Dubai jewellery retailers, as well as in India and China, are reporting higher customer footfall and sales.

Shamlal Ahamed, managing director for international operations at Malabar Gold and Diamonds, said they are witnessing a significant increase in the customer footfalls in the past few days.”The overall price trend these days is still very positive for the gold buyers,” he said.

Ole Hansen, head of commodity strategy at Saxo Bank, noted that a combination of continued demand for stocks, a stronger dollar, rising US bond yields and the recent rejection at $1,350 an ounce all helped attract profit-taking in yellow metal.

“Sentiments are likely to be negative in the near term but demand could pick up in the later part of the year on an uncertain economic outlook and dovish monetary policy,” he said.

“The current global economic expansion, which began in 2009, is well past its prime and we could be heading into a recession in 2020. This economic uncertainty along with a benign interest rate environment should propel gold higher by 8.5 per cent from the current levels to $1,400 per ounce by the year-end. We could see the UAE 24-carat gold rate at Dh171.40 by the end of the year.”

Traditionally, he said, gold demand tends to soften after the end of the Chinese New Year, as well as the peak of Indian wedding season. Also, $1,340-$1,360 is a strong resistance zone in the international gold market where sellers come into play.

He noted that the central banks of the US, Europe, China and India have turned dovish in their recent monetary policy meetings which augurs well for the interest-free yellow metal.

Gold demand in India improved following a fall in local prices, while some investors in other major Asian centres sold the metal back to make use of relatively higher prices while delaying purchases on expectations of a further correction.

“Jewellers are buying in a phased manner as prices have corrected. They are expecting an improvement in retail demand in coming weeks,” said Harshad Ajmera, the proprietor of JJ Gold House, a wholesaler in the eastern Indian city of Kolkata.

Dealers in India were offering a discount of up to $2 an ounce over official domestic prices this week, down from last week’s $6. The domestic price includes a 10 per cent import tax, Reuters said.

“As of now prices are correcting, some jewellers are expecting a further fall in prices. They are not covering their full requirement,” said a Mumbai-based dealer with a bullion importing bank.

In China, the world’s biggest gold consumer, premiums slightly firmed to $8-$11 from $7-$10 an ounce in the previous week. But, demand remained relatively low, traders said.

Anil Dhanak, managing director for Kanz Jewels, noted that the uncertainty in the global market on account of various political and economic issues including trade wars are bound to push the price of gold higher.

“In addition dollar has also weakened. Gold is considered to be one of the safest bets for investors. The flip side is it will make consumers to adopt a wait and watch policy, which might lead to drop in sales,” he said, adding that there has not been any major increase in jewellery sales.

The Only Direction Gold is Headed is Upwards