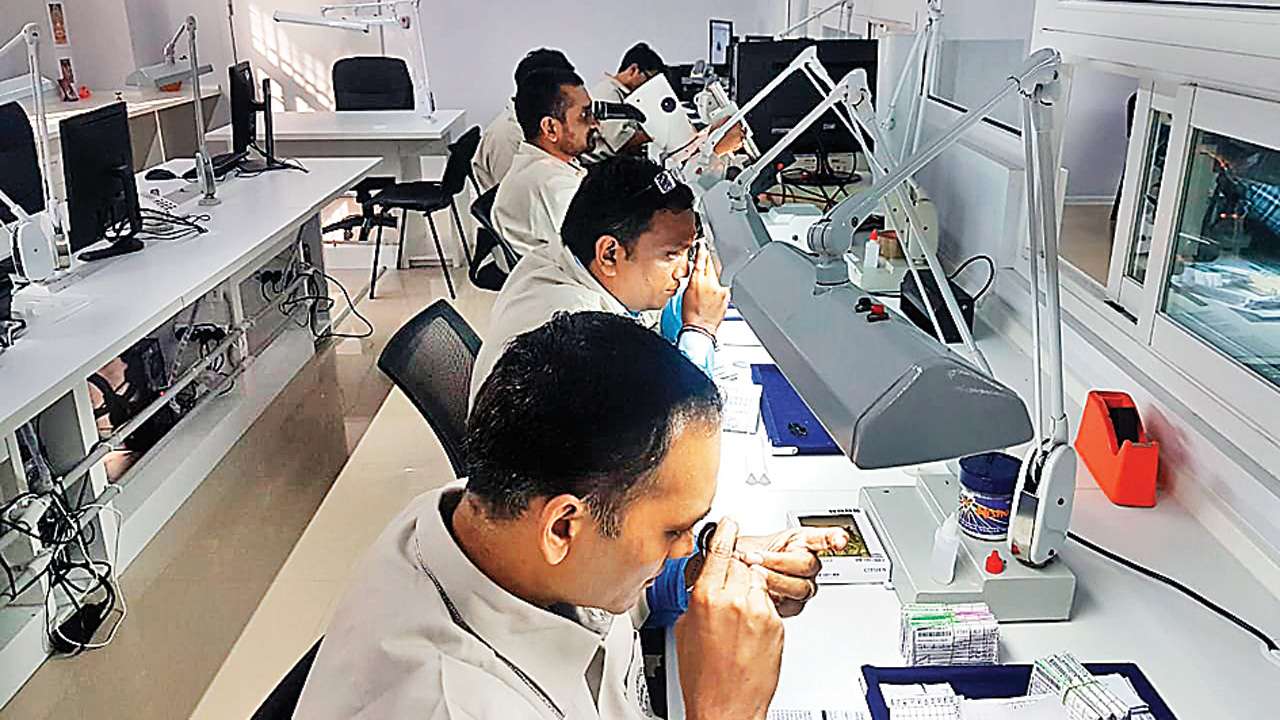 SURAT: The diamond industry is getting its shine back as the exports of polished diamonds and lab-grown synthetic diamonds have gone above the pre-Covid level in the month of April.

“Covid-19 cases have reduced in the USA and vaccination has also increased there so the demand for diamonds has soared,” said Dinesh Navadiya, chairman of GJEPC’s Gujarat region. The industry, currently, is striving hard to meet the demand as production was partially hit due to the second wave of Covid-19 and the resulting migration of workers.

“Workers from other states started moving out as soon as the cases began to rise. So, currently there is a 30% shortage of workers,” Navadia said. The cyclone Tauktae too affected production in diamond factories of Saurashtra, he added.

“Production will increase in the coming months as workers have started coming back and order books are full again,” said Nanu Vekariya, president of Surat Diamond Association. Workers too are hopeful of finding employment in the sector even as other industries are struggling.

“We are expecting that employment will increase as the industry, unlike other sectors, diamond industry is going through a good phase,” said Ramesh Zilariya, president of Diamond Workers Union Gujarat. Navadiya said that many companies have increased wages to attract workers.

Company owners are expecting a continuous inflow of orders throughout the current financial year. GJEPC has also set an export target of over US$ 24 billion for gems as well as jewellery.

Why gold has shone during the pandemic