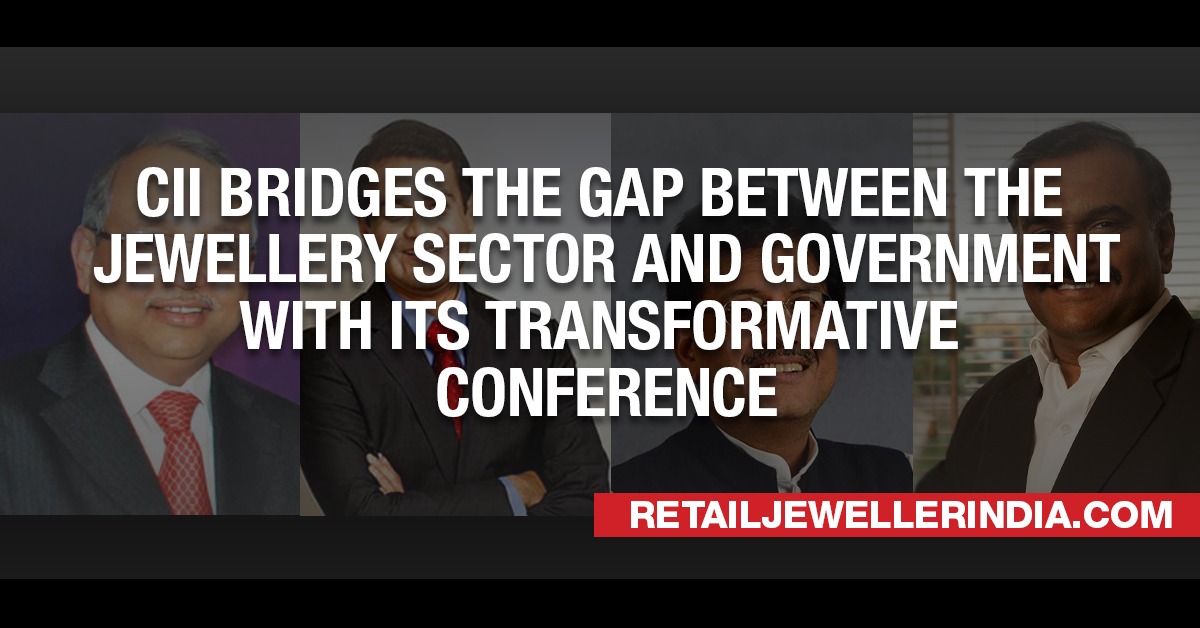 With rapid thrust in the digitisation of the sector, the CII brought in delegates and industry leaders to connect with the government in its discussion over ways to make India a world leader in the global sector

The CII Conference on Gems and Jewellery had a segment on self-reliance in jewellery: mining, manufacturing and market that was conducted on November 26. Attended by over 200 participants, the inaugural session was a brilliant take on the steps that India needs to take to achieve self-sufficiency in the gem and jewellery industry.

Banerjee opened the session by thanking the delegates for their continuing support to the industry. “The sector is India’s sparkling gem and is contributing to the country’s GDP, and is responsible for a large chunk of exports. It is one of the  largest exporting sector and plays a key role in contributing to large foreign reserves. The support from the government and its enabling policies have gone a long way in bolstering the sector so that it contributes and thrives to nation building,” he said.

He thanked the government and industry leaders for making sure that the industry upskills itself and delivers to market expectations. “We must focus on value addition to the sector, building brand India, bringing transparency and trust in the gold policy and international practices,” he added.

Cavaleri stressed on the role of his organisation as being an apex body similar to that of the UN when it comes to the jewellery sector. With ample representation in the UN, it stands as a body that can collaborate and add value to the Indian jewellery sector. “The role of India is very important. We have set the rules since 1926, dealing with sections such as responsible sourcing, lab-grown diamonds, the hallmark area and we deal with governments worldwide. Since India is not adept in the mining sector, with their human resource and skilled labour, they can contribute to the lab-grown diamond sector immensely,” he said.

He reiterated that the international organisation is ready to help India with their knowledge and tools for hallmarking and sustainability. “It is more than an honour to partner with India. India deserves to shine as a world leader in the sector,” he added.

Shah thanked the govt and Goyal for everything the government has done in last 6 months during the pandemic. “We are proud that the govt has done extensively in the exports sector in regard to payments and bank loans. The Diwali bonanza of restructuring and the guarantee scheme that has come in will be a boon for exporters. Our dream as jewellery manufacturers is that when anyone in the world thinks gems and jewellery, they should think India,” he said. “We are one industry that is ahead in the PM’s ‘Make in India’ vision. Our institutes are doing well to produce designers. We have the trust and faith of foreign brands. The only areas that needs the govt’s review is the duty structure that is stopping foreign companies from manufacturing here. We need to ease the SEZ policy,” he added.

After listening to the delegates, Goyal opened with the idea that the jewellery sector is the true reflection of self-reliance that India is aiming at. “Covid has tested our resilience, but the gem and jewellery sector has stood strong and bounced back. Figures are proof. The sector has shown innovation and adapted to the new normal. The Indian international jewellery show that was held for the first time on a digital platform, was itself a big demonstration of our industry’s ability to face adversity. The points we need to focus on are quality and productivity to go ahead as a nation,” he said.

He spoke about dedicating a day to the sector for their immense contribution—7% to the GDP. It has provided jobs to 5 million people and is also adding 14% to the nation’s export mast. “We can have focused engagement through symposiums, conferences, training sessions, webinars, and seminars to spread the message of quality and productivity to the remotest corners of the nation so that talents are built through and through ad craftsmen can take their art through generations.

“We have been able to penetrate markets like the US, UK, Russia, UAE, Hong Kong, and Singapore. This is where the partnership between the govt, industry, exporters and international organisations can work towards making us the centre of the world. We are willing to discuss the problems that are being pointed out. I would urge you to assess the weaknesses in the system so that we can plug the leakages,” he said.

“Most players in the sector are MSMEs and we need to come forward to augment their logistical needs. We have design and packaging industries in India and a potential for skill development. We can look to expand in orderly and fast fashion. To become self-reliant, industry needs to rethink, reorient and redesign its practices. This will lead to progress,” he finished.

Prithviraj Kothari of India Bullion and Jewellers Association Limited, gave the vote of thanks. “Apart from jewellery, there are other gold products available as asset classes. The government could help us spread the word about things like sovereign gold bonds. We need that to succeed. Lending and borrowing of gold also must be permitted,” he said.

We can agree that in this changed world where even our conferences are held virtually in the new normal, there is a need to market products virtually with digital technology. India will not be found wanting to adopt the new normal, according to the government. Our share of 29% in the world jewellery consumption is testimony, which has the potential to grow manifold. With developmental policies and corrective measures in process, the gem and jewellery sector in India will rise to be a world leader with its charm and exquisite pieces going forward with a futuristic thrust, in an already transforming world.

CBIC issues clarification on Export of Gems and Jewellery via Courier