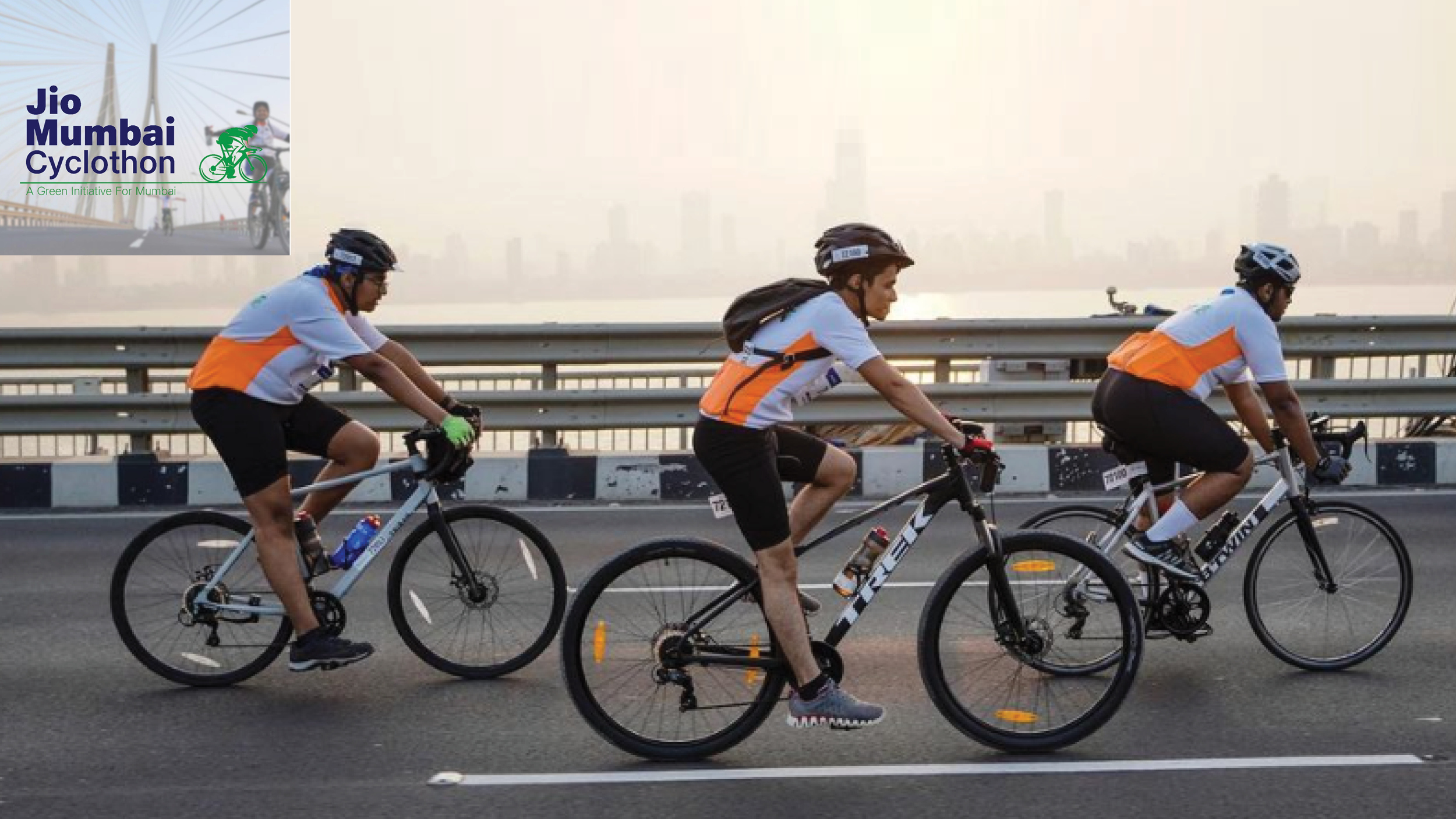 Champ Endurance, India’s most passionate fitness promoting company that encourages running, swimming, cycling, and sports events, successfully organised Jio Mumbai Cyclothon on Sunday, November 13, 2022, at Parinee ground, near ONGC building BKC. Jio Group, together with other collaborators, one of whom was Chosen by Tejpal, organised this marathon as a part of the campaign to minimise individual carbon footprints.

With over 5000 bicycle enthusiasts taking part in the event, this is one of Mumbai’s most anticipated sporting events. The Bandra Worli Sea Link was buzzing with hundreds of people cheering them on.

Every year, over 4 million cars are sold in India, with two-wheelers accounting for more than half of them. Commenting about the significance of the event, Tejpal Ranka, Owner of Chosen by Tejpal, said, “This Cyclothon is the first such event held in Mumbai. Its goal is to raise awareness among individuals about sustainable living and educate them about eco-friendly transportation choices such as cycling, which is both economical and environmentally benign.”

Despite being a Pune-based jewellery business, Chosen by Tejpal worked as the official medal partner for the Jio Mumbai Cyclothon. They provided medals for all of the ride categories, including 5km (Joy Ride), 10km (Joy Ride), 25km (Pink Peddlers – Only for Women), 25km, 50km, and 100km. Mr. Tejpal said, “We took part in this project to promote a scenario in which citizens and the government work together to create a greener, more sustainable future.”

Chosen by Tejpal boosted their brand image by participating in this initiative and drawing attention of their primary target audience, women participants in this case, towards the cause. This has helped the company spread its reach beyond Mumbai.