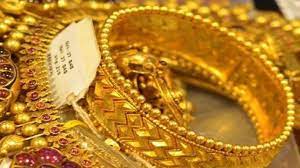 The second phase of the mandatory hallmarking vide Hallmarking of Gold Jewellery and Gold Artefacts shall come into force from June 01, 2022, which will cover additional three caratages of gold jewellery/artefacts that is 20, 23 and 24 carats, the government release said.

BIS has been successful in the implementation of Mandatory Hallmarking by the Bureau of Indian Standards in 256 districts of the country with effect from 23 June 2021, wherein more than 3 lakh gold articles are being hallmarked with HUID every day, the release noted.

It further said, BIS has made a provision to allow a common consumer to get the purity of their non hallmarked gold jewellery tested at any of the BIS recognized Assaying and Hallmarking Centres (AHC).

“The charge for testing gold jewellery up to 4 articles is Rs 200. For 5 or more articles, the charges are Rs 45 per article,” the release also mentioned.

The authenticity and purity of the hallmarked gold jewellery items with the HUID number, purchased by a consumer, can also be verified by using ‘verify HUID’ in the BIS CARE app which can be downloaded from the play store, the ministry also said in release.

$10b gold and jewellery imports from India to grow by another 50% after UAE CEPA deal: Malabar Gold & Diamonds