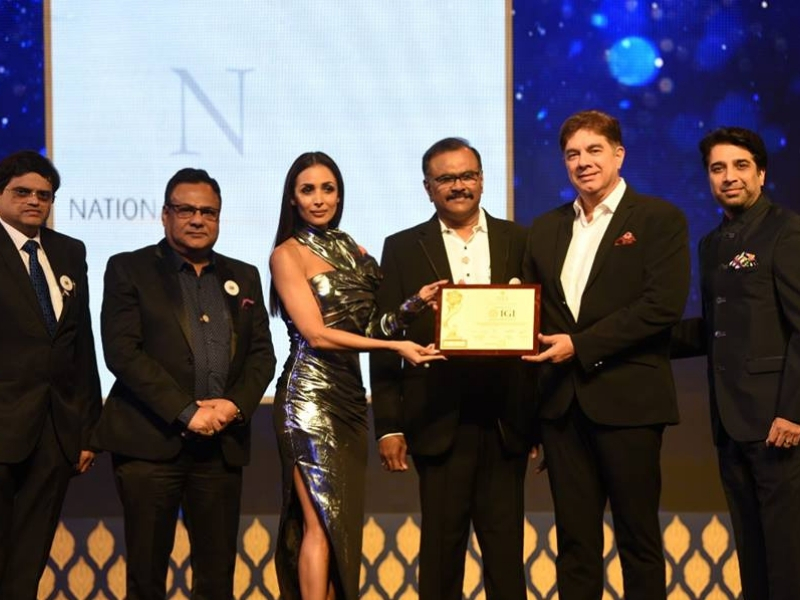 The All India Gem and Jewelry Domestic Council (GJC) recognized the integrated awareness campaign constituted by the International Gemological Institute (IGI) at the National Jewellery Awards ceremony on February 11, 2019. The award was handed over by Mr. Anantha Padmanabhan, Chairman, GJC to Mr. Tehmasp Printer, Managing Director-IGI and Mr. Ramit Kapur, General manager- IGI for its efforts designed to reinforce the legacy of a billion-year-old diamond and to spread awareness among the end consumers.

The 360⁰ degree campaign, which began in the month of October covered the festive period and used major media vehicles to empower and educate the end consumers about the priceless jewel. The committee applauded the campaign as a valuable contribution for encouraging diamond jewelry demand with a special mention by Mr. Shankar Sen, Vice Chairman, GJC, for designing a campaign that encouraged the fraternity to come together on a common platform to promote natural diamonds and their unparalleled regalia.

“The Billion-Year-Old campaign by IGI was an attempt to reform the current perception of diamonds and to position it as a unique product treasured by Mother Earth. The true integrity of a diamond lies in its origin and at IGI, we stand by the journey it makes to become a beautiful piece of jewelry. I am grateful to the GJC and the committee for their appreciation and support towards the initiative,” said Tehmasp Printer, MD, IGI.

“What do you own that is a billion years old? Taking this thought forward, IGI teamed up with the leading retailers of the country to make consumers aware of the billion-year-old journey and legacy of diamonds. We urge more organizations to do generic diamond promotions in the coming years,” said Ramit Kapur, General Manager, IGI.

The revolutionary concept paved way for a campaign that spread through the festive and covered the auspicious days through requisite media in over 24 smart cities, invoking a sense of pride in diamond lovers across the country. With reputed names in the retail jewelry space joining hands, the campaign was recognized as a highly effective and successful endeavor, giving significant impetus to the market.

Related Topics:All India Gem and Jewelry Domestic CouncilCAMPAIGNIGI
Up Next

Jewellers Going Back to Traditional Handcrafted Ornaments to Fetch Premiums