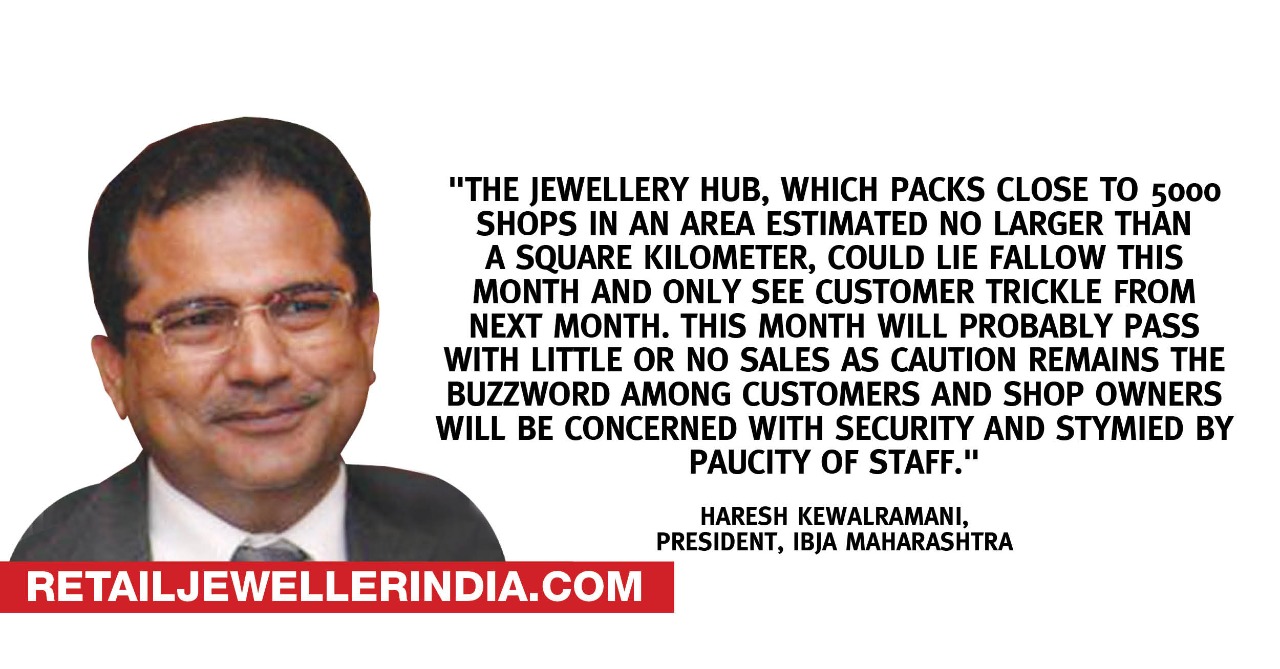 Asia’s largest jewellery and bullion hub, Zaveri Bazaar, bore a deserted look on Day 2, as stores remained shut due to paucity of staff, many who have returned to their native places, and lack of customer footfalls.

The jewellery hub, which packs close to 5000 shops in an area estimated no larger than a square kilometer , could lie “fallow” this month and only see “customer trickle” from next month, said Haresh Kewalramani, IBJA Maharashtra president. IBJA is India Bullion and Jewellers Association.

“This month will probably pass with little or no sales as caution remains the buzzword among customers and shop owners will be concerned with security and stymied by paucity of staff,” Kewalramani added.

“Jewellers anticipate that customer flow will commence in the coming months,” said IBJA national secretary Surendra Mehta, who confirmed that streets remained “largely deserted” even on the second day since the bazaar reopened after over two months of lockdown.

Municipal authorities and the state government have stipulated strict social distancing, staffing and sanitising norms in the context of Covid 19 at the market.

Odd and even stores open on alternate days since lockdown restrictions were relaxed on June 5.

Also, the much anticipated flux of old jewellery sales haven’t been materialised, indicating that those needing “urgent” liquidity amid job loss and financial stress due to Covid 19 probably would tap gold loan companies like Muthoot and Manappura, noted Chirag Sheth, consultant at Metals Focus.