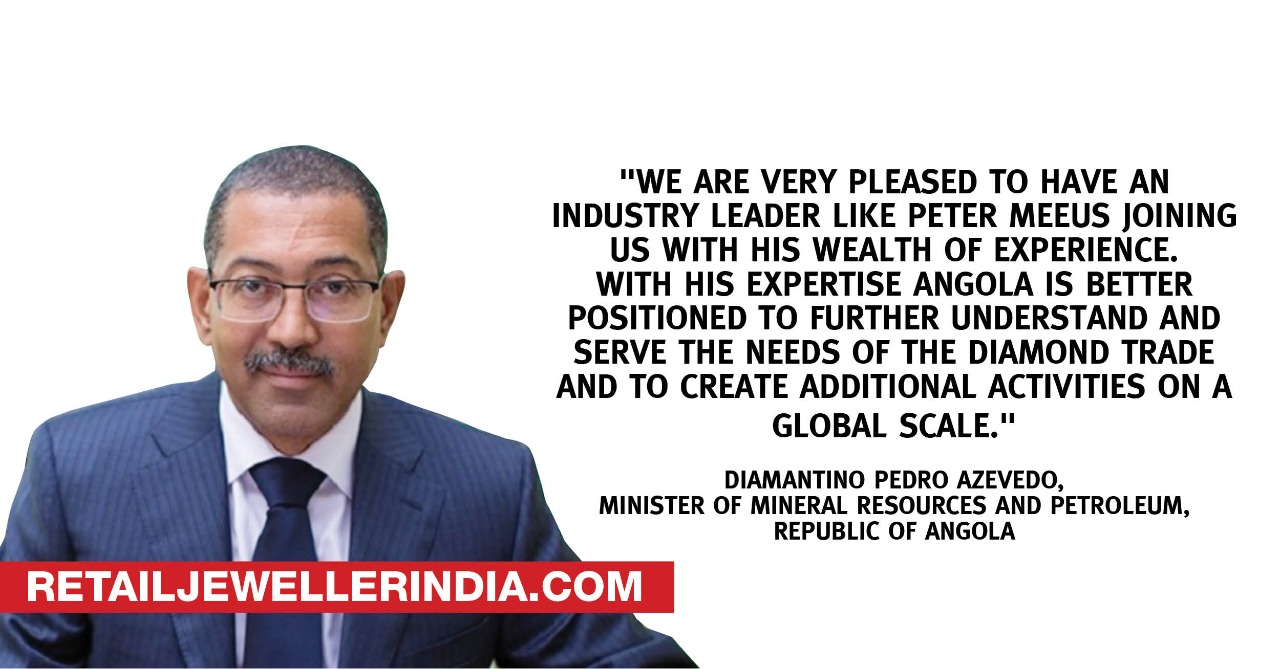 Hon. Dr. Diamantino Pedro Azevedo, the Minister of Mineral Resources and Petroleum of the Republic of Angola has announced plans to further develop its industry specific market infrastructure and plans to optimise and widen its services to the global diamond trade through the establishment of an Angolan Diamond Hub and an Angolan Diamond Bourse(ADB).

Angola has in total 14 mining projects. The largest is the Catoca Mine which produces 61% in value of the total Angolan output. 6 of them (Catoca, Chitotolo, Cuango, Camutwé, Somiluana and Lulo) represent 92% in value.

It is estimated that only 40% of Angola’s kimberlite have so far been discovered, while experts believe that there is a high potential for finding others. Angola could be the only exception to a global decline of rough production. This opinion is shared by several financial analysts.

The main ambition of the Angolan Diamond Hub will be to provide the platform that will put this enormous flow of diamonds under one roof. The Diamond Hub will include a Gemmological Academy, a Technological Research Centre and will be embedded in a Free Trade Zone.

The Presidential Decrees refer to the importance to market operations through a single channel. For all diamond trading and exports, Sodiam currently is the Angolan Government’s arm to supervise the trading activity and how the Angolan diamonds are impacting the international market. In the new framework the Angolan Diamond Bourse, therefore, comes under the supervision of Sodiam.

Industry expert Peter Meeus has been appointed as the Coordinator of the Expert Group.

Meeus has extensive experience in the diamond sector and has served as Managing Director to the HRD (today Antwerp World Diamond Centre), the umbrella organisation in the Belgian diamond sector, for 6 years from 1999 to 2006. He is the former Chairman of the Dubai Diamond Exchange from 2009 till 2018 and has been significantly instrumental in making Dubai one of the top three diamond hubs in the world.

“We are very pleased to have an industry leader like Peter Meeus joining us with his wealth of experience. With his expertise Angola is better positioned to further understand and serve the needs of the diamond trade and to create additional activities on a global scale,” explained Hon. Dr. Diamantino Pedro Azevedo, Minister of Mineral Resources and Petroleum of the Republic of Angola.

Diamonds keep piling up. Producers stuck with gems worth billions