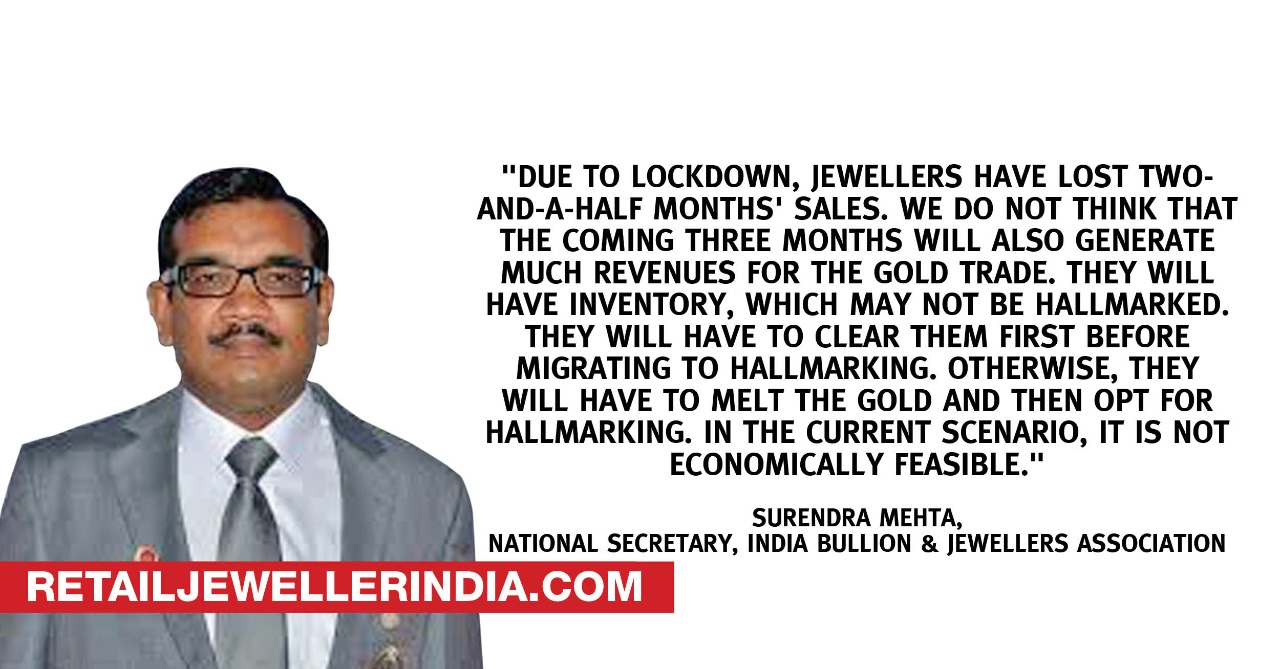 Jewellers and bullion traders have urged the government to extend the deadline for mandatory hallmarking by a year to January 2022, saying the loss of business and demand slump due to the coronavirus pandemic will make hallmarking of any unsold inventory by the current cut-off date economically unviable.

The government had announced in November last year that hallmarking of gold will be mandatory from January 15, 2021. Consumer affairs minister Ram Vilas Paswan had given jewellers a year to shift to hallmarking and register themselves with the Bureau of Indian Standards (BIS).

The minister had said that jewellers would be allowed to sell only hallmarked jewellery and artefacts made of 14-, 18- and 22-karat gold. Any violation would attract penalty and imprisonment.

Surendra Mehta, secretary, India Bullion & Jewellers Association (IBJA), said they have already sent the proposal to the minister to extend the deadline, as it would not be possible for jewellers to implement hallmarking in the current pandemic scenario.

“Due to lockdown, jewellers have lost two-and-a-half months’ sales. We do not think that the coming three months will also generate much revenues for the gold trade. They will have inventory, which may not be hallmarked. They will have to clear them first before migrating to hallmarking. Otherwise, they will have to melt the gold and then opt for hallmarking. In the current scenario, it is not economically feasible,” Mehta told ET.

Anantha Padmanabhan, chairman of All India Gem & Jewellery Domestic Council, said, “We have already approached finance minister Nirmala Sitharaman on extension of mandatory hallmarking date by a year. We will also approach Paswan on the same.”

Padmanabhan said that although some of the stores have opened, sales are very low. “It may be hardly 15% of last year’s sales,” he said.

Consumers in small cities, towns and rural areas often don’t get the gold purity advertised for jewellery as many jewellers do not offer hallmarked products. Rural India accounts for 60% of the country’s gold consumption of 800-850 tonnes a year.

In FY20, nearly 400 tonnes of jewellery were hallmarked, according to industry estimates. Out of 300,000 jewellers in the country, only 30,000 are registered with BIS and sell hallmarked jewellery.

Uday Shinde, president of Indian Association of Hallmarking Centres, said that since the trade is just reopening, they will take up the hallmarking issue with their members in the coming weeks. “However, the country has 900 assaying and hallmarking centres, which is sufficient to handle gold jewellery produced in the country,” Shinde said.