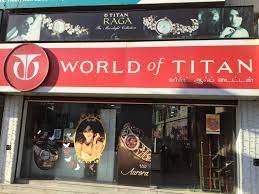 It had posted a net profit of Rs 568 crore in the January-March quarter of FY21, Titan Company said in a regulatory filing.

Its total income was up 4.25 per cent to Rs 7,872 crore during the period under review as against Rs 7,551 crore in the corresponding period of the preceding fiscal.

Titan’s revenue from the jewellery segment stood at Rs 6,843 crore in the January-March quarter of FY22, up 2.47 per cent against Rs 6,678 crore in the corresponding quarter a year ago.

Revenue from watches and wearables also increased 11.8 per cent to Rs 625 crore against Rs 559 crore in the same period of the previous fiscal.

The company also reported a 63.57 per cent increase in its revenue from other segments in the January-March quarter at Rs 229 crore as against Rs 140 crore a year ago.

For the entire fiscal year ended March 2022, Titan’s consolidated net profit stood at Rs 2,198 crore. This was up over two-fold from Rs 974 crore, the reported net profit of the financial year 2020-21.

Titan managing director C K Venkataraman said, “Despite frequent disruptions in the quarter owing to Covid wave 3 and other geo-political factors, the quarter has been satisfactory in terms of growth and profitability.”

The company is well prepared and looking forward to an exciting Q1 with all its stores ramped up for a much-awaited Akshaya Tritiya festival this year.

“With the international expansion in GCC markets and the first Tanishq store coming up in the US, we are gearing up to touch new horizons in FY23,” he added.

Senco Gold and Diamonds expands its presence in the North, launches its premium jewellery showroom ‘D’Signia’ in Chandigarh