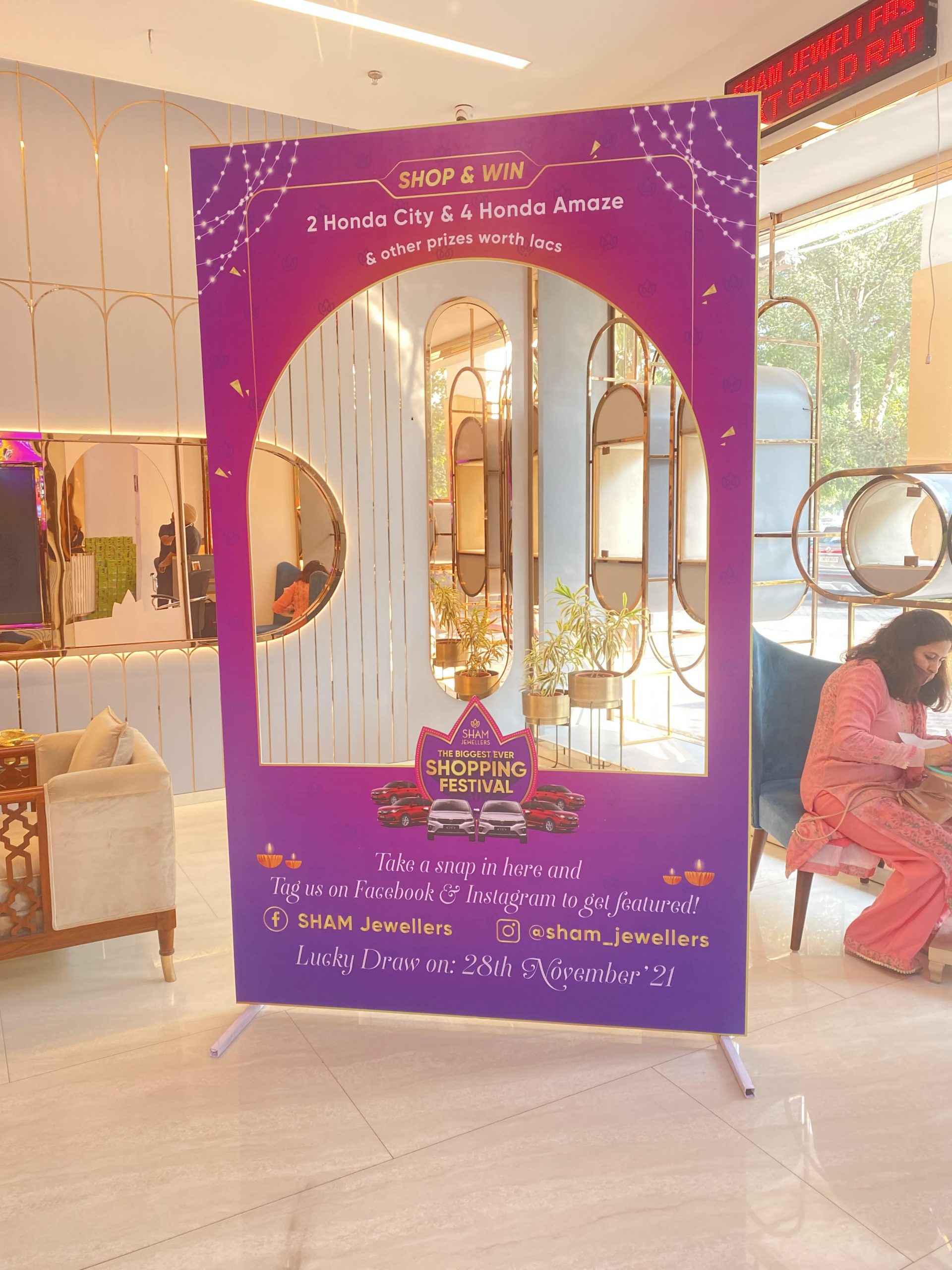 Sham Jewellers have come up with the sixth edition of its popular two-month-long shopping Festival. As per the festival offer, each customer will get one coupon on the purchase of gold jewellery worth Rs 10,000 from the store.

The current edition of this mega shopping festival, which started in 2016, is done on the largest scale ever. The jeweller has upped the ante on the number of Honda cars as prizes of lucky draws from three last year to six now. This includes two Honda City and four Honda Amaze models. Sham Jewellers is also giving away six iPhone 11 mobile phones, six iPads, six Mi TVs (108 cm) and six HP Laptops in the lucky draw, to be held on 28 November live on Instagram and Facebook.

Speaking about the shopping festival, Arshdeep Khurana, CEO, Sham Jewellers, said, “We always wanted to do something grand around the festive season, which led us ultimately organize a mega shopping festival for the first time in 2016.” Similar shopping festivals were conducted by multi-stores in Chandigarh back then and Sham Jewellers was the only brand that risked organising it solely in such a grand manner.

“We got such great responses from customers that we decided to organize it every year. The festival has helped us immensely to strengthen our brand image. Countless customers discovered our jewellery brand through the shopping festival,” he added. Apart from print media and in-store promotions, the shopping festival is promoted across social media platforms.

According to Khurana, the shopping festival became so popular after a couple of seasons that customers in and around the city started walking in and calling up the brand for festival-related enquiries from August itself. Many customers have also started planning their Diwali shopping around the festival. Last year, the brand was a bit sceptical about the turnout due to pandemic, but responses have been very promising.

Related Topics:Featured
Up Next