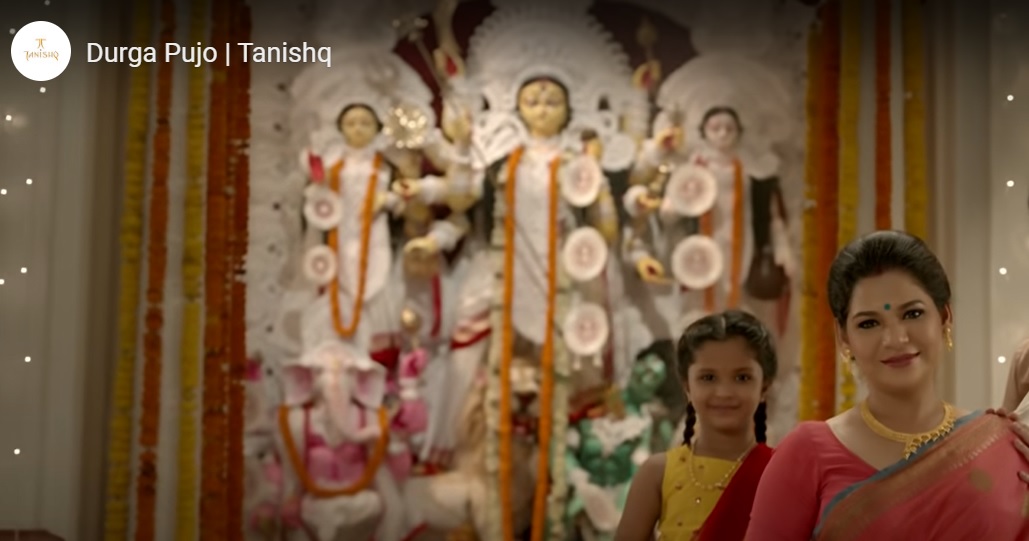 Tanishq, India’s most trusted jewellery brand has launched a new campaign this Durga Pujo. Conceptualized by Tanishq and Lowe Lintas, the Pujo campaign, ‘Utshob Amader, Shaaj’o Amader’, celebrates the spirit of Pujo in all its glory and is an ode to all of Maa Durga’s karigars including each one of us who contribute towards adorning the pujo festivities in our own way. The campaign especially highlights how the skilled Bengali master Karigars of Tanishq have poured their heart and soul into crafting stunning yellow gold jewellery with intricate designs. These designs are created for every Bengali woman who truly are the Durgas of today.

The film is set on the premise of adorning this festival of adornment itself. This ‘adornment’ aspect is integral to Pujo and represents a larger philosophy in this campaign. The film encompasses every single aspect of Pujo which infuses life into the Durga Pujo festivities.

Pujo, as we know, is an emotion in itself, and the joy in preparing for this festival is priceless. This concept of adorning the festivities reflects in the campaign tagline ‘Utshob Amader, Shaaj’o Amader’ The film features the renowned mother-daughter duo- Sudipta Chakraborty and her daughter Shahida Neera, an awardee at Washington DC South Asian Film Festival for Best Child Actor along with Bhadra Basu, one of the most popular and acclaimed theatre actresses of Bengal, who has truly infused life into this film.

The film is shot against the backdrop of Pishi Dida preparing to deck up and adorn Maa Durga overnight with necklaces, bangles, earrings and other jewellery pieces in a run-up to the Pujo. The film essentially depicts the last minute preparations on Maha Panchami night so that everything is set perfectly for Debi’s bodhon on Maha Shashti. Tanishq’s Utshob Amader, Shaaj’oAmader film focuses on relationships which are so very relatable for all Bengalis and celebrates the unique endearing charm in each of these relationships.

This year, Tanishq’s pujo campaign starts with Bishwakarma Pujo which brings on the ‘PujoPujoBhaab’ and ‘Pujo is almost here’ feeling. The campaign pays a tribute to Bishwakarma thakur – the chief architect and the master craftsman of the Universe thereby bringing the Bengali Karigars at the forefront who truly embody the spirit of the Lord are the very heart and soul of Tanishq. The Karigars are an integral part of the festivities as they design each piece with utmost dedication – each exquisite piece is an ode to what is the very soul of this festival – the spirit of adornment. With this campaign, Tanishq urges Bengali women to make its latest collection– ‘Shaaj,’ a part of their Pujo’r Shaaj and appreciate the efforts of Bengal’s karigars for their contribution.