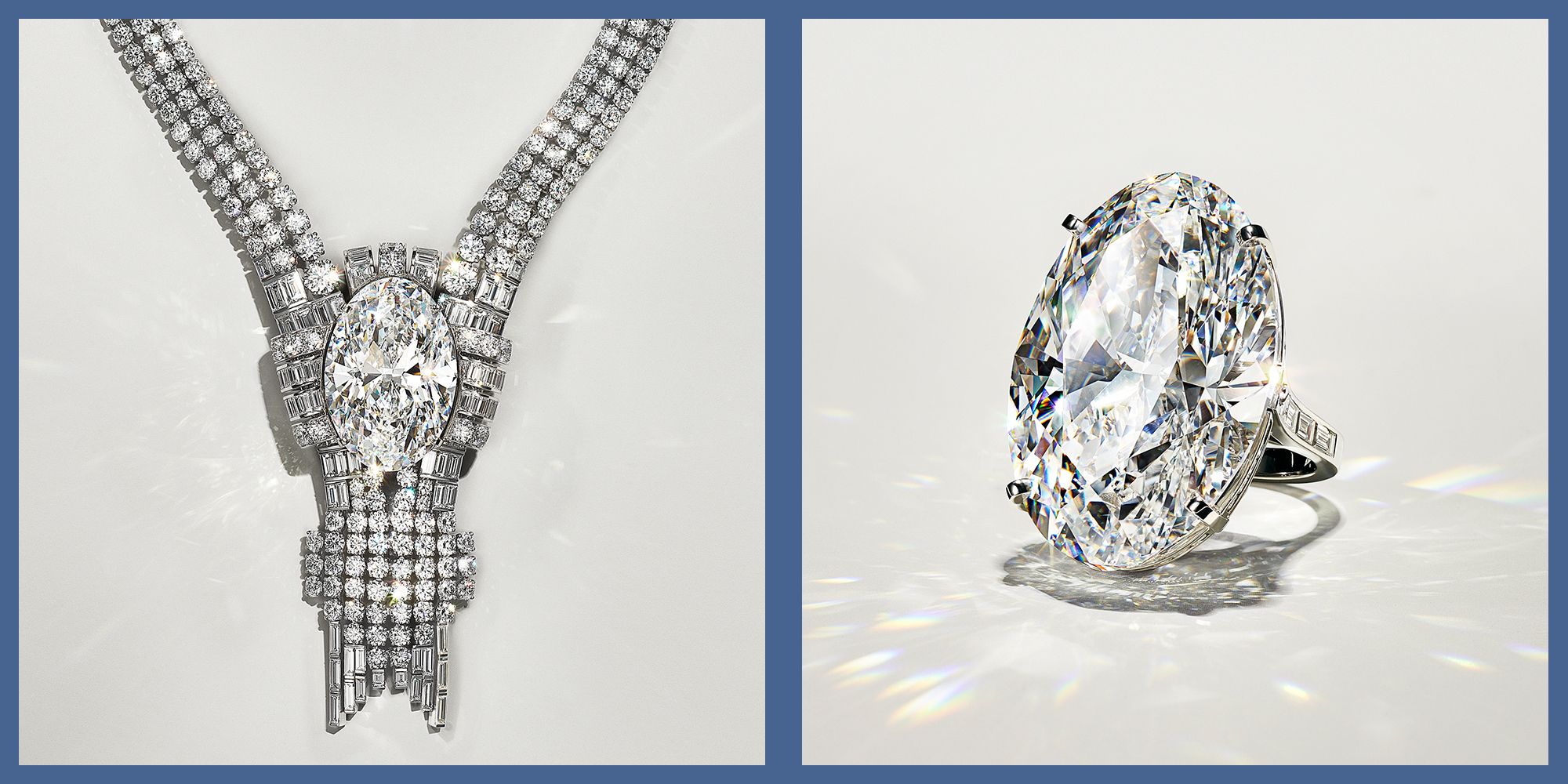 Tiffany unveiled its most expensive jewel in its 184-year history—an 80-carat D flawless oval-shaped diamond set in a reimagined necklace that the house originally designed for the 1939 World’s Fair. It’s eclipsed only by the house’s most famous jewel, the 128.54 carat canary yellow Tiffany Diamond. But that diamond isn’t for sale. The Tiffany Diamond is only brought out on special occasions, like when Lady Gaga wore it to the 2019 Academy Awards, and for its About Love campaign featuring Beyoncé in the radiant diamond standing alongside her husband Jay-Z.

Tiffany’s new mega diamond, which is indeed for sale, was revealed in Dubai last weekend as part of Tiffany’s Blue Book event. The house won’t reveal the price of the jewel, but industry sources estimate it is worth upwards of $20 million. Christened the Empire Diamond after the jeweler’s hometown, the stone is featured in a reimagined archival necklace with 578 round, brilliant and baguette diamonds cascading down the neckline in a platinum setting. There is an added element of versatility: The diamond can be removed from the necklace and secured in a platinum and diamond ring, so essentially, it’s a two for one. Plus, Tiffany’s guarantees the buyer a lifetime of service to convert the piece from a necklace to a ring and vice versa.

It’s also a diamond you can feel good about. The stone comes with a report which identifies every step in its journey—from its discovery in a Botswana mine to its trip to the company’s cutting workshop in Israel, and finally to its New York jewelry workshop where the stones were set in the necklace. It’s part of Tiffany’s full transparency initiative that identifies the journey of every newly mined stone of 0.18 carats and larger.

The Empire Diamond necklace was two years in the making and was finished just in time to make the trip to Dubai for the house’s first-ever Blue Book event in the Middle East. This year’s Blue Book tour kicked off with events in Shanghai in April, New York in September, and Los Angeles in October. The annual Blue Book collection, which features the house’s most important one-of-a-kind pieces, is usually unveiled at a big gala New York event and VIP clients are flown in from around the world for the occasion, but considering Covid restrictions, the company instead chose to host a series of intimate events in key cities.

The stunning Empire Diamond featured in a reimagined necklace that Tiffany originally designed for the 1939 World’s Fair.

Aligned with the spirit of the 1939 World’s Fair which promised “a glimpse into the World of Tomorrow,” the Middle East event was timed with Dubai Expo 2020, whose theme is “Connecting Minds, Creating the Future.” Both events put a spotlight on the future—and Tiffany’s mega diamond is a glimpse at what’s next for the luxury house. Under the new ownership of the mega luxury conglomerate LVMH, it appears that Tiffany’s might be unveiling more mega diamonds. LVMH has already shown an appetite for record-breaking diamonds when it purchased two such stones from Lucara Diamond Corp. for its Louis Vuitton jewelry collection.