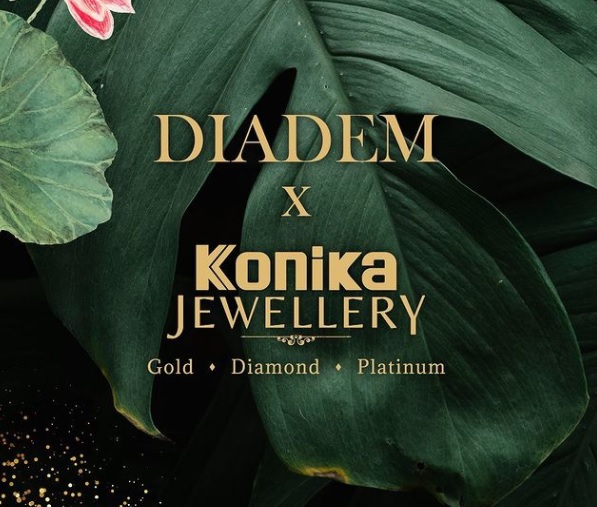 Konika Jewellery has pulled off an impressive cross-branding initiative. The brand has collaborated with Diadem, a Chennai-based bridal designer saree brand, and showcased their latest jewellery during the launch of two new clothing collections by Diadem.

The grand event was attended by famous bloggers, social media influencers as wells as actresses and singers from the South Indian film industry. During the event, the models wore Konika’s jewellery and walked the ramp.

Speaking about the collaboration, Tanvi Singhi, Marketing Head, Konika Jewellery said that Diadem approached Konika for a collaboration after the former’s Diwali promotion. “We did a social media promotion, during which we gifted a pair of gold nose pins to 25 popular bloggers and social media influencers and put a filter on Instagram as part of our ‘Dilki Diwali’ campaign,” said Singhi. That filter was used by several influencers who promoted Konika’s catalogue successfully. “Diadem contacted us a month ago to collaborate with them during their new show launch event. We were planning to launch our new collection and saw it as a perfect opportunity to showcase the same,” she added.

So far, the brand has only collaborated for photoshoots where it lent jewellery to be worn by South Indian actresses. This is the first time that Konika collaborated with another brand to display their collections.

According to Tanvi, the launch event helped the brand to create a brand presence and reach out to more potential buyers. “Diadem had launched one new collection each of lehengas and sarees. During the event, 12 saree-clad models wore our long haar, whereas 15 models walking the ramp in a lehenga wore our chokers. Apart from existing customers, we have received a lot of enquiries from new customers after the event and we have been able to convert a few of the enquiries into sales too,” Tanvi added.